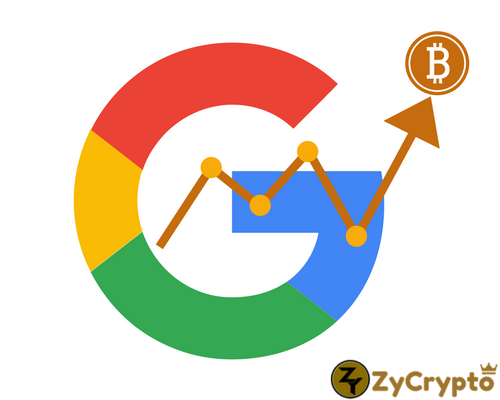 The Bitcoin price can be predicted based on the number of Google searches for Bitcoin because the latter precedes the former, making ‘Google trading’ a key indicator for Bitcoin trading.
In recent weeks the Bitcoin price has waned and it has given investors a chance to see how much Google search data correlates with the coin’s price. Google reported that searches for Bitcoin were in the top 3 list of 2017.
A brief analysis of last years BTC price increase reveals a precedent increase in Google searches for Bitcoin. There seems to be a real connection between people searching ‘Bitcoin’ on Google and actual investment in the coin.
The price of Bitcoin correlates with Google searches of ‘Bitcoin’ up to 0.95 which is a very strong correlation. On the face of it one may expect to be able to use search data to predict the next rise or fall. Google searches may also be able to be used with other cryptocurrencies as well.
The correlation can even be utilized to the hour-by-hour data with increases in search preceding increases in Bitcoin price. ‘Google trading’ is a term often associated with trading the stock market with Google data. The term, it seems, may have a new application with automatic Bitcoin trading.
Google search data, moreover, may not be the only key indicator as Wikipedia has also reported having a correlation with the BTC price. Wikipedia release an annual report and noted large increases in people searching for the wiki on Bitcoin as well.
The increases in BTC post Google traffic may suggest that people invest in the coin in the hope of not missing out on the next biggest investment. Other factors may influence such a trend such as negative news or doubts about Bitcoin’s ability to scale with the added traffic. The rise in BTC price may be further amplified when news outlets report on the rise because they often report on Bitcoin as a possible missed opportunity.