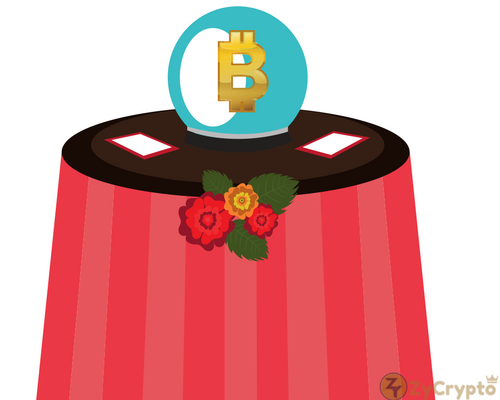 Noted cryptocurrency analyst Tom Lee from Fundstrat claims that the price of 1 Bitcoin will touch or even exceed $91,000 in the year 2020. Mr. Lee’s comments were first posted by financial news and analysis media house Forbes.
According to Mr. Lee, his predictions are based on the performance of the flagship cryptocurrency after its earlier price drops over the years since its inception in 2009. Mr Lee says that by March of 2020, according to his predictions, the value of Bitcoin would almost touch a hundred thousand dollars.
Forbes said that Mr Lee and Fundstrat were able to come to the magical value of $91,000 after calculating averages of percentages the currency gained year over year over the past years. The publication reported that as the calculations are based on a logarithmic scale instead of a linear scale, the highs and lows are not displayed as distinctly as possible.
Mr Lee has been predicting high prices for Bitcoin since long, even when the price of 1 Bitcoin was less than $3000. His earlier predictions included his July 2017 prediction of Bitcoin hitting $55000 in 2022 as well as his prediction in the January of 2018 where he claimed that the value of 1 Bitcoin would exceed a quarter of a hundred thousand dollars or $25000 by the end of the year 2018.
Fundstrat along with Mr Lee had earlier released a new index called the Bitcoin Misery Index, which aims to correlate the increase in people’s anger and misery as prices of Bitcoin tumble down and hit new lows after hitting highs in the last year.
Describing it as a contrarian index, they claim that this index lets investors know how miserable Bitcoin holders feel at the current price of Bitcoin.
It remains to be seen though, as it seems that in 2018, Bitcoin, along with other cryptocurrencies would soon be facing a wide variety of rules and regulations from governments around the world.
The governments would do all it takes to ensure that fiat currency does not rule its relevance and would thus limit the growth rate of digital currencies by imposing vague limits and restrictions.
Some governments have already started cracking down hard on digital currencies, while others are waiting and watching and would do so after the major countries take action.