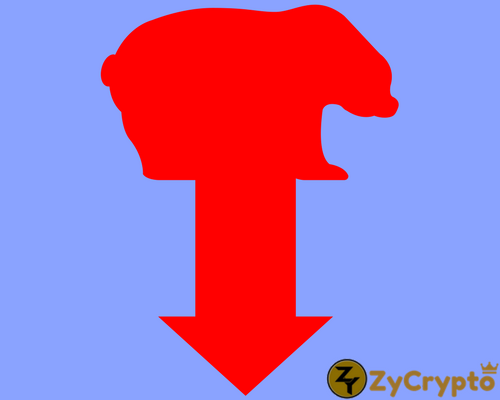 If Wall Street is an unstable market in which stocks fluctuate at a dizzying rate, its oscillations are child’s play when compared to those of cryptocurrencies. The bitcoin has doubled its price and then lowered it by more than 50% in a matter of days.
These variations, which have made some millionaires while leading others to commit suicide, are analyzed continuously in search of patterns. And since cryptos are a social phenomenon, news of their behavior is the daily conversational topic for many enthusiasts around the world.
When Bitcoin started a vertiginous rise that led it to play with the $19,000 band, everyone talked about its bullish behavior as something natural. However, it is in the price falls when analysts look for culprits, trying to find a responsible for the “catastrophe” that affects all investors so much.
Some analysts view these falls as healthy. These are natural corrections that help to cool down a market that is still solidifying, but others think that the crypto market is highly manipulable by “whales” and that many of these vertiginous falls or rises are generally due to their actions.
On March 9, 2018, the Documents distributed at the tenth creditors’ meeting of the infamous Exchange Mt.Gox went public on its website. According to the documents, its bankruptcy trustee, Mr. Nobuaki Kobayashi sold a large amount of Bitcoin and Bitcoin Cash. The document with Kobayashi’s textual words read as follows:

“Between the 9th creditors’ (September 27, 2017) meeting and this creditors’ meeting (On March 7, 2018), with the permission of the court, I sold a certain amount of BTC and bitcoin cash (“BCC”) that belonged to the bankruptcy estate. The quantities sold and the amount paid into the bankrupt trustee’s account are shown below.

The moments of the sales corresponded curiously with the days in which the bitcoin registered the most bearish candles on its graphics.
However, after a series of question and answers published on the page a short time later, Mr. Nobuaki explains that his way of selling was supervised and was also carried out following expert recommendations and with the permission of the courts of his country. That is, the sale of this amount of cryptocurrencies was done in the way that could least affect its customers:

“Following consultation with cryptocurrency experts, I sold BTC and BCC, not by an ordinary sale through the BTC/BCC exchange, but in a manner that would avoid affecting the market price, while ensuring the security of the transaction to the extent possible. Therefore, I believe that the sale of BTC and BCC by us did not affect their market prices.”

According to reports on the CryptoSlate website, it is difficult to find a single culprit, and while Mt.Gox’s sales are around 35,000 Bitcoin, they were made on several occasions and not all at once. In other words, the quantities sold would not be large enough to generate a seal wall or cause a drop in the markets. So the bearish behavior could be due to other factors more important than MR. Nobuaki’s sales:
“A basic analysis of the economy of Bitcoin mining reinforces the fact that the sale of 8,000 BTC would exert a negligible influence on the market: roughly 75 BTC are awarded every hour, which works out to 1,800 BTC on a daily basis, or roughly 12,600 BTC every week (…)
The current market state could be caused by any number of factors, from a fake cryptocurrency warning email disseminated to PayPal users, to potential market manipulation from Wall Street whales.”
In the last few days Bitcoin has recovered at least 1k+, mainly thanks to the support received on the G20, allowing investors to have an optimistic view for a near future