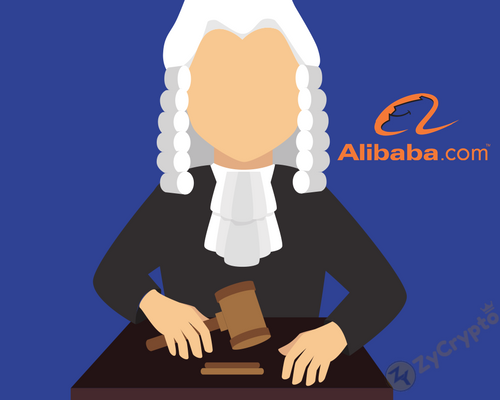 China based internet behemoth Alibaba is reported to have filed a lawsuit against the Dubai based creators of the cryptocurrency Alibabacoin. The company alleged that the creators of Alibabacoin have intentionally used the name “Alibaba” to fraudulently associate with the goodwill of the company and to trap innocent people into investing and to raise more than $3.5 million in an initial coin offering, or, an ICO.
The Alibaba Group filed the lawsuit in the United States District Court in New York, stating the reason for their complaint against the developers of Alibabacoin is their attempt to use the brand name of the company in an inappropriate manner and to capitalize on the reputation of the company to gain fame and popularity.
The lawsuit names several companies in its complaint, including Alibabacoin (ABBC) Foundation, ABBC Block Chain IT Solutions LLC, Alibabacoin General Trading FZC as well as Alibabacoin Foundation LLC. The complaint also names Jason Daniel Paul Philip and Hasan Abbas, who are the promoters of the companies listed above.
The Alibabacoin Foundation says that its founder is Jason Daniel Paul Philip and its co-founder and Chief Technological Officer is Hasan Abbas. It says that it employs several people and also has offices in Dubai and in Belarus, in the city of Minsk. The other companies named in the complaint also have offices in Dubai.
The Alibabacoin Foundation or the founders or the company’s lawyers, Hamdan AlShamsi Lawyers and Legal Consultants, refused to speak on the issue.
Alibaba’s lawsuit argues that the developers of Alibabacoin are intentionally trying to fool the public about their cryptocurrency and its legitimacy by linking it to the internet behemoth.
Alibaba also says that they have went through the white paper of the company, and they have found several instances of the developers of Alibabacoin intentionally trying to use the goodwill of Alibaba and falsely proclaiming their association with them.
They say that they are duping potential investors and people about their coin by associating with the company and hence Alibaba would not stop and would take any action to prevent tarnishing its good name and reputation worldwide as well as in the United States. The company has pleaded to United States authorities to take strict action as early as possible in order to prevent further damage to the name of Alibaba.
Alibabacoin’s ICO is being conducted in stages, with the first stage already held between March 1st and March 15th 2018. The currency is also scheduled to be listed on several exchanges soon.