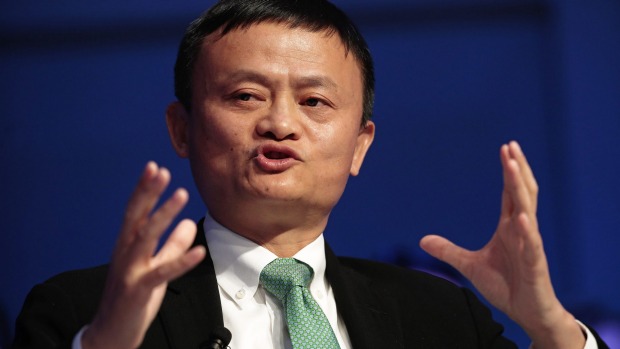 Bitcoin, the world’s number one Cryptocurrency keeps making new all-time highs, and it appears that with each passing day, Bitcoin seems to be attracting more interest from institutional investors, governments and influential personalities from all around the globe.
In a recent development, the founder and CEO of Alibaba Group Holding Limited- Jack Ma, has said he does not know much about Bitcoin, but its underlying technology- Blockchain is much powerful. Jack Ma said he pays more attention to having a cashless society and Blockchain technology, rather than Bitcoin.
Just like Nasdaq and IBM, who have adopted the use of Blockchain technology in its processes, Jack Ma’s Alibaba in the past two years have employed the use of Blockchain technology, to increase transparency in the China’s charity sector, to eradicate food fraud and in securing health data in the health sector.
In another development, the Chief Technology Officer of Ant Financial – Cheng Li, speaking at the computing conference 2017, he explained the acronym of the company’s technological strategy “BASIC”.
He said BASIC stands for “Blockchain Artificial Intelligence, security, internet of things and cloud
computing.”
JINGDONG REMAINS OPEN-MINDED TOWARDS BITCOIN
JingDong or JD is the second largest e-commerce company in China after Ali Baba. JD entered the Blockchain ecosystem in 2016 and used Blockchain in creating its Big Data Ecosystem – which is an asset management platform and supply chain.
In 2014 when Bitcoin popularity was relatively low as compared to what it is now, the CEO of JD, Liu Qiangdong was a guest at the Chinese financial talk show. When quizzed about Bitcoin, he said Bitcoin was used to buy plane tickets in the U.S, but he never purchased any Bitcoin or stocks because he had no interest in the virtual economy. When further asked if his firm JD would accept Bitcoin or create its coin, he said if its customers wish for JD to accept bitcoin, then he was open to the idea.
In another development, the CEO of 58.com, Yao Jinbo has said he is in full support of Bitcoin, and if he owned a country to himself, his currency would be Bitcoin. He further reiterated that after the internet, Blockchain technology could be the next most significant revolution.