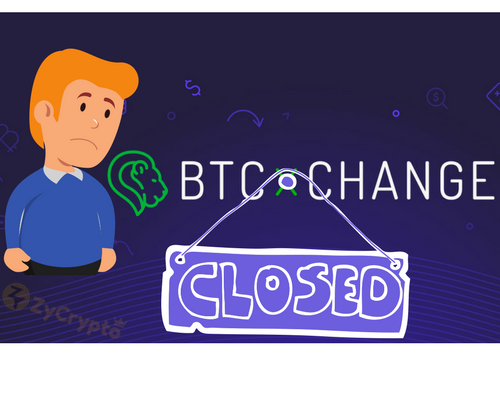 Maybe it was not just meant to be!
One of Romania’s oldest Bitcoin exchange platform is finally going off the radar after four years of inconsistency and hassle to continue to meet up with the market demands.
Whether it is a case of a lead programmer holding the servers hostage as in December 2014 or the January 22 letter from Idea Bank of an unprecedented bank account closure, the fourth in the space of twelve months, BTCxChange has never had an easy ride and will officially close its operations on May 1, 2018.
There was a renewed optimism after the website’s re-opening in November 2016 following a three months period of crisis in the third quarter of that year, which led to the sale of the website to now CEO Max Nicula.
That, though has become a part of BTCxChange fairytale ride in the European nation and users are already expected to have moved their coins away from the platform as at the time of compiling this report.
An official statement confirming the closure of operations on the website, clearly stated:
“We inform you that starting from 1st of May 2018; our platform will be closed. Operations stopped back on 1st of February but you still could stock your bitcoins on our platform.

“Please withdraw all your balances before the 1st of May.”

To be noted is that a late January breakdown in the company’s relationship with Idea Bank resulted in their inability to process BTC to RON or EUR transfer for registered users who relied on the platform to buy and sell their coins.
Developing a new type of service without ties to the banking system will be the key for BitcoinXRomania, Bitcoin Romania, Coinflux, and other Romania based Bitcoin exchange platforms that for the meantime, will reap off the demise of an old Bitcoin exchange player.
The sad end for Romania’s BTCxchange will definitely do little to soothe the opposition against the adoption of cryptocurrencies in some countries, even though the figures reveal that many new countries are buying into the crypto idea.
One question though has been left unanswered?
Will BTCxchange rise again?