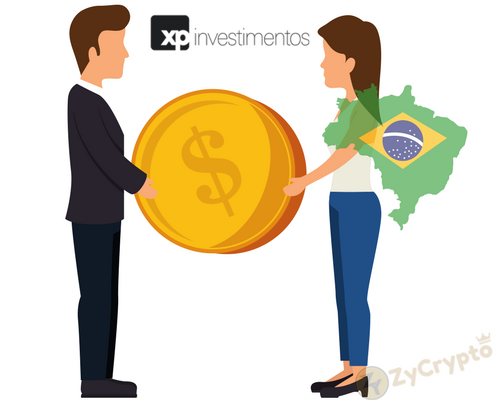 Despite warnings from the government, Brazilians have caught the crypto fever. The vast South American nation has a vibrant blockchain-based digital currency ecosystem of over 1.4 million investors.
Now, Brazilian Investment giants XP Investimentos, a leading financial services firm in charge of running over $35 billion for over 500,00 clients is on the verge of unveiling its Cryptocurrency exchange firm.
The company is registered as XDEX currently as it changed its name from XP COIN INTERMEDIACAO when most Cryptocurrencies started rising and falling. Earlier this year it had received a whopping 80% from its $7.3million
The company had been carrying out underground findings of the world of Cryptocurrency long before now, and it hired Fernando Ulrich, a Brazilian Cryptocurrency expert to help in its adventures.
Reports according to Portal do Bitcoin a local news outlet in Brazil. The company is related to XP Investimentos with Xdex.com.br as its website.
It is believed that the Investment Company’s plan may be of more good than bad to the crypto world in Brazil, as Brazil’s largest Cryptocurrency exchange Foxbit recently went down for 72 hours making it impossible for users to maximize the company’s withdrawal system.
However, the company was able to resolve the problem and started processing withdrawals during its downtime before coming back online.
Although this company remains a shadow, sources reveal that it will focus on over-the-counter trading. According to the report, “It is not yet known what the services of the new exchange will provide.
A source, who did not want to be revealed, said that the action would be in the so-called over-the-counter market. That is: focused on movements of large volumes capital and BTC.”
If all goes according to plans and the exchange finally comes onboard, it may likely join one of the crypto associations in the nation created to make life easy for exchanges and crypto-related businesses in the country.
There’s no doubt that cryptocurrency is the future of finance and Brazil is doing its best to remain valid in the world of virtual currencies. Recently, a reputable University in the nation, Fundacao Getulio Vargas (FGV) started offering cryptocurrency related courses to its Master’s Degree students.