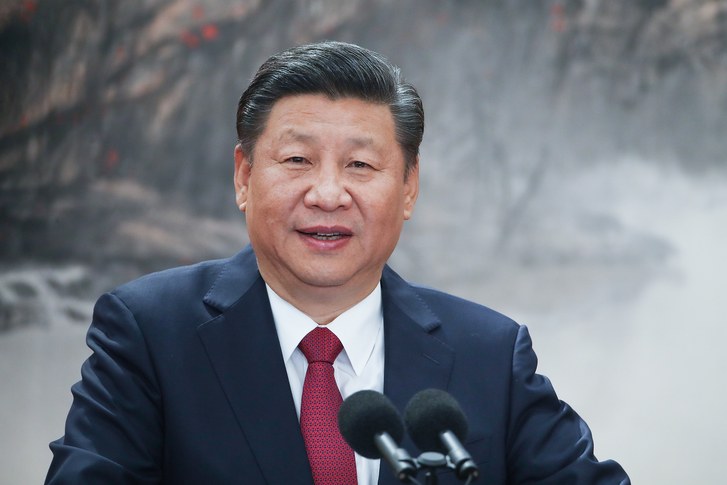 While the Chinese government forbids bitcoin and other cryptocurrencies, it is, however, making efforts to be a global figure in the distributed ledger technology space.
Present at the nineteenth annual conference of the Chinese Academy of Sciences, held in Beijing, China’s number one citizen he noted that Blockchain is part of the “new generation” of technologies that are helping the world to solve real-life problems. In his words:

The 64-year old President also stated that the groundbreaking blockchain technology alongside other systems like artificial intelligence, IoT and other are gradually revolutionizing the world.

“The new generation of information technology represented by artificial intelligence, quantum information, mobile communication, internet of things, and blockchain is accelerating breakthroughs in its range of application,” he added.

“We have established verifiable blockchain programs in China, and nearly 200 private enterprises have expressed interests to join. [These projects] will help blockchain technology and industry to become more transparent and open,” the official said.

It’s worth noting that the China Banknote Research Institute, which is a government-backed research body, launched its blockchain-as-a-service system back in March 2018.
The platform named Blockchain Registry Open (BROP) is aimed at solving identity verification challenges as well as tracking goods in the supply chain.
While China has placed a blanket ban on bitcoin trading in the nation, it, however, appears the Asian giant has not given up the dream of creating its national crypto.
Earlier this month, China’s Ministry of Industry and Information Technology released published its official blockchain-based digital currencies ratings.
In the rankings, the Ethereum project came first while bitcoin managed a lowly thirteenth position out of 28.
From all indications, cryptos and its underlying blockchain technology have come to stay, and in the near future, the nascent industry will go entirely mainstream.