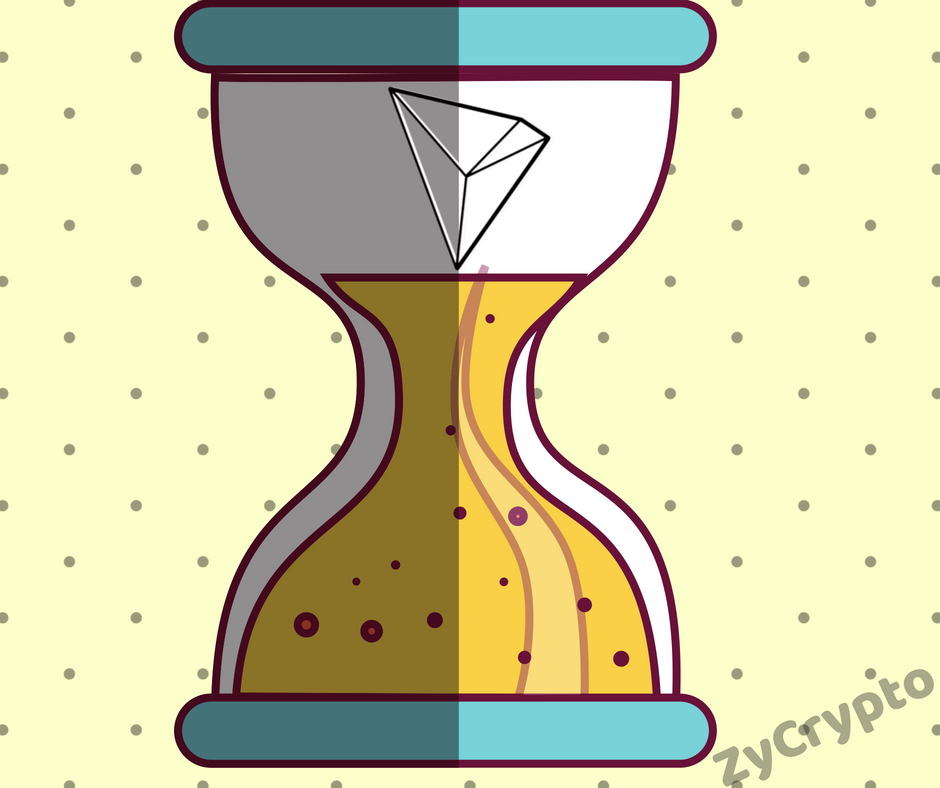 Many people are of the view that, those who made a fortune off bitcoin are those who were around in the game back when the price was so low. Of course one can still make profits from the big coins but it wouldn’t be quite as huge as getting some whiles it was worth absolutely nothing.
Imagine buying bitcoin when it was trading below $1000, only for it to almost hit $20,000 in a few years. Many altcoins have been developed in attempts to rival bitcoin and other established coins. Some are doing well whiles others have failed to make any meaningful impact in the crypto market.
In the realms of coins doing well is Tron (TRX). The coin has been making waves and with its technology and new features such as such as high transaction speeds and basically free transaction costs, it is on course to be one of the preferred methods of sending money.
The coin is currently the 10th largest cryptocurrency by market capitalization and at the time of writing, it was trading $0.048773, a steal of a price if investors decide to pounce on it.
Tron (TRX) has successfully released its TestNet and just a few weeks ago, it launched MainNet. This gave the coin a boost after it was suffering in the early weeks of the month. The coin was even trading at $0.101 in the later stages of May.
In addition to that, Tron (TRX) is getting listed on many exchanges, and this will play a major role in driving its value up. On the 11th of this month, Binance added Tron/USDT pairing, an undeniable move which will also help the value of the coin to blow up.
There are currently 1,219,514 TRX holders, according to Tron site and also has a community backing it in its recovery efforts. Many dApps are also currently running on the platform, and more are expected after the launch of MainNet, not forgetting that Tron (TRX) is created to scale, and also boast of a high volume. These the more reason to put it under your radar.
The latest good news to hit the Tron (TRX) community, is the acquisition of BitTorrent by the founder, Justin Sun. Although the news has received a fair deal of backlashes, the integration of BitTorrent with the Tron (TRX) blockchain will also be of huge benefits to the cryptocurrency.
Going by the features on the cryptocurrency, it is almost safe to say that Tron (TRX) is very promising and is being anticipated to cement its position as one of the top cryptocurrencies in the market.