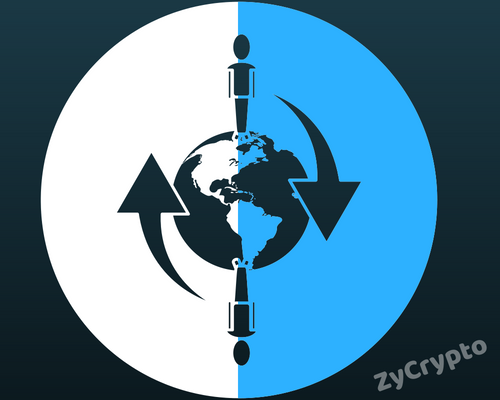 In a first of its kind token swap, smart contracts Protocol ICON, will complete its first such massive transaction on Wednesday. The swap is for an estimated worth of $800 million.
ICON is a smart contracts protocol that launched in 2017, with market capitalization of $800million. ICON attempts to match the market needs of independent communities trading on blockchain. ICON’s protocol is called LOOPCHAIN and is the governing protocol for the various independent blockchain protocols.
ICX tokens are Ethereum tokens and ICON had sold half of them on last September for $42,750,000 or ETH worth 150,000. But the buyers are yet to receive their ICX tokens.
1:1 Swap
ICON Protocol will swap in the ratio of 1:1 or one Ethereum ICX token for 1 Mannet ICX coin on the ICONex Wallet between June and the month of September. This swap will be handled through its various supporting exchanges.
What the users have to do is simple. They will have use ICONex wallet to transfer their tokens to either Upbit or to Binance. It had authorised Bithumb as well for the swap. However, with Bithumb announcing suspension of trading as of Wednesday’s communiqué, due to theft of over 35 million won, further updates about transfer to Bithumb shall be awaited. ICON has mentioned these three exchanges for the swapping of the tokens. The protocol allows other transfers as well.
Exchange by Paid Migration
For those who do not wish to transfer, and then they will not have to use the ICONex Wallet. In the next option, they can carry out the migration process. Here the users will have to pay a fee of 0.002 ETH through ICX-Ethereum towards transaction processing, as per ICON advisory.
The organisation will then burn the swapped tokens, used mainly for the purposes of fundraising. The users will now be owners of ICX coins, and thus any further use of tokens will be prevented. But there is a lack of clarity on the manner in which the token holders track the swap progress at ICON.
The swap is an unprecedented solution and will be implemented for the first time perhaps in the cryptocurrency environment. For ICON, the innovative solution has come at a price. There persist confusion in the users and the community at large, on the reality of such a token migration happening.
Earlier attempts at such innovative activities have been EOS. But ICON by conducting the token swap at the time just after the mainnet launch is happening for the very first time, and there are several anxieties and concerns in the minds of the users and industry analysts.
The swap at this stage has not been as per earlier plans of ICON. The earlier intention was to release a native wallet first before the swap. However, this was not to happen.
There were tough technical issues as well. A bug on ICON’s smart contract stopped all users with the exception of the creators of the contract to disable token transfers. The issue was however resolved with immediate effect.