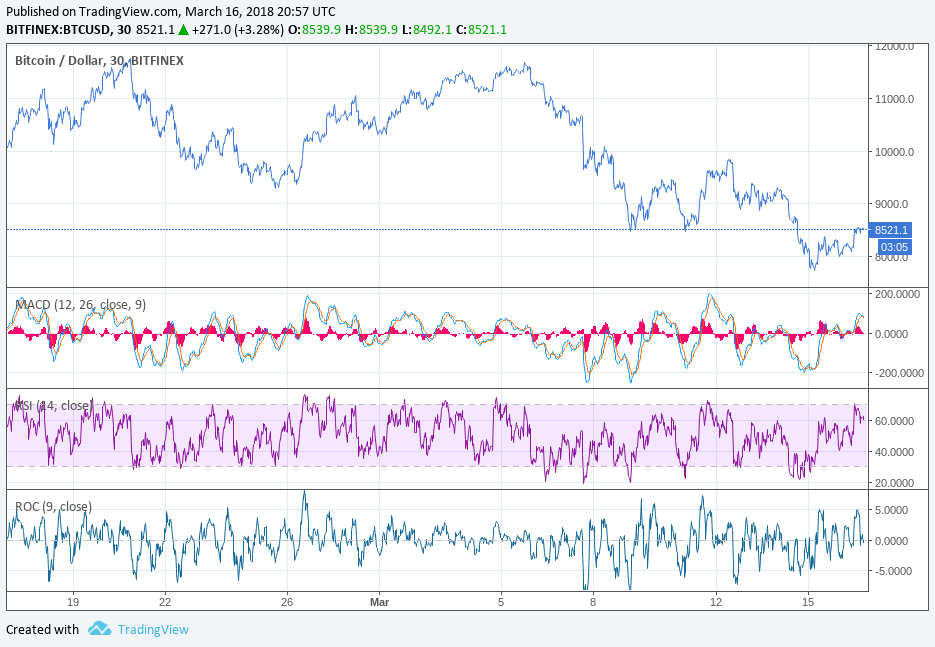 The overall forecast for the next 10-days is one of a possible drop to the $6,000 mark with signs that the price has failed to break above the $9,000 mark and may plummet in the short term.

The price has failed to break above the $9,000 and move back on an upward trajectory along the support of $10,000. This isn’t the first time that the price has failed to break above this trend.
The price has been dropping consistently and may continue down to the low of $6,000 once again. These changes come has Google search trends and Bitcoin trading volume indicates a sell signal.
The MACD shows consistent sell signs with little overall momentum upwards. There have been various death cross signals where the SMA and EMA crossed over. This suggests a downward trend and continued resistance.
The RSI shows increased strength but still a medium average that promises little more than a flooring effect. This coefficient is still below the high average and is not indicating a strong buy signal.
The ROC has increased substantially since the decelerated growth at the start of March and may indicate a high risk of downward trends. The rate of change has increased activity which has been a strong indicator of volatility this week with large swings of over $1,000 in a single day.
We performed a 10-day forecast using regression analysis and predict a massive drop in price early in the coming week. This is an amended homegrown algorithm that takes advantage of linear models using a simple regression algorithm.
The data is sourced from Bitcoin patterns from past historical prices. The pattern for the coming week shows a strong drop around the beginning of the week.