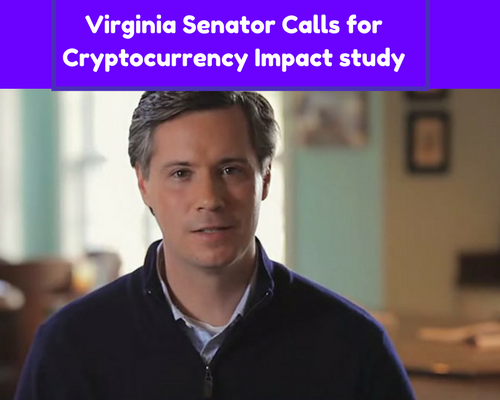 In recent times there have been quite some countries who have banned the use of bitcoin and other cryptocurrencies.
the use of cryptocurrencies without following due process, Virginia State Senator Glen Sturtevant has filed a new bill that calls for a study on the impact of cryptocurrency on its Virginian users. The findings of the study would enable the state to understand the best way to regulate the new love of the people – Bitcoin.
Senator Glen Howard Sturtevant, Jr. has introduced a new Bill to the Senate of Virginia.
The Partisan Bill has been sent to the State Senate’s Rules Committee and is scheduled for hearing on January 25, 2018. If approved, the law would seek to evaluate how the growth of cryptocurrencies and their use impacts on the Virginian people.
The reason for introducing the bill is knowing whether lawmakers “should establish a system to protect the citizens of the Commonwealth from any existing or potential adverse effects from engaging in transactions involving cryptocurrencies.”  In essence, the outcome of the study will determine the steps to be followed by the Virginian authorities.
The bill’s text reads :

Virginia Beach is one of the many states in the universe with strong support for Bitcoin and other cryptocurrencies. On January 17, 2018, the Virginia Beach Development Authority City invested $500k into a local company’s bitcoin mining facility.
The State Corporation Commission has an enormous task ahead of it, in ensuring that whatever regulations it formulates must be favorable to the Virginian people because their love for bitcoin is unending.