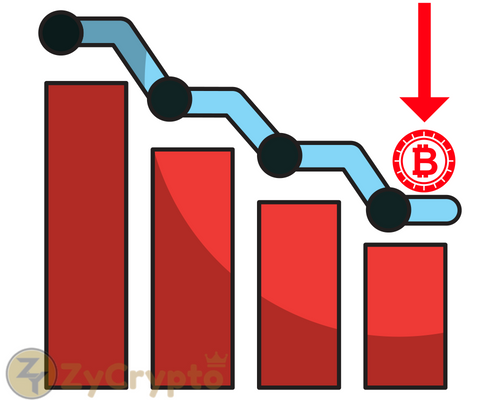 While bitcoin has succeeded in winning the hearts of a vast array of institutional investors, it appears the world’s flagship cryptocurrency still has a lot of work to do before other traditional asset managers like Vanguard join the crypto bandwagon.

In a recent development, the chief economic analyst at Vanguard has declared that there is a “decent probability” that the price of the world’s pioneer cryptocurrency will finally slump to zero.

Davis opined that he and the $5.1 trillion asset management firm strongly believe in the gospel of blockchain technology which is the building blocks of bitcoin and the firm, and Vanguard has integrated the DLT into its processes, but it does not see bitcoin and other virtual currencies as real assets.

“I’m enthusiastic about the blockchain technology that makes bitcoin possible. In fact, Vanguard is using such technology. As for bitcoin the currency? I see a decent probability that its price goes to zero.”

Davis’s criticism does not come as a surprise, as even highly reputable captains of industries such as Jamie Dimon had at a point in time criticized the world’s number one cryptocurrency. However, the JP Morgan chief executive has since turned a new leaf. JP Morgan Chase is also looking to help its clients invest in cryptocurrencies soon.

Davis also criticized bitcoin, saying it does not worth being given the status of money, even though it has the qualities of a unit of account and medium of exchange. In his words:

“The investment case for cryptocurrencies is weak. Unlike stocks and bonds, currencies generate no cash flows such as interest payments or dividends that can explain their prices. National currencies derive their prices from the underlying economic activity of the countries that issue them. Cryptocurrency prices, on the other hand, re generally not based on economic fundamentals. To date, their prices have depended more on speculation about their eventual adoption and use.”

While Davis sees nothing good in cryptocurrencies and firmly believes that stocks and bonds are far better, Nasdaq CEO Adena Friedman has said recently that cryptocurrencies are the future of finance and her firm may soon start offering investors cryptocurrency-related services.

“We are continuing to investigate the idea of a cryptocurrency futures contract with a partner, and we continue to look at the risk management around that, making sure we are putting the right protocols in place, making sure there’s proper demand and that the contract is different from what’s already out there,” she said.

Davis concluded by stating that all the cryptocurrencies on the market are not different from tulip bulbs. Hence they will all crash as “innovation quickens and competition increases.”