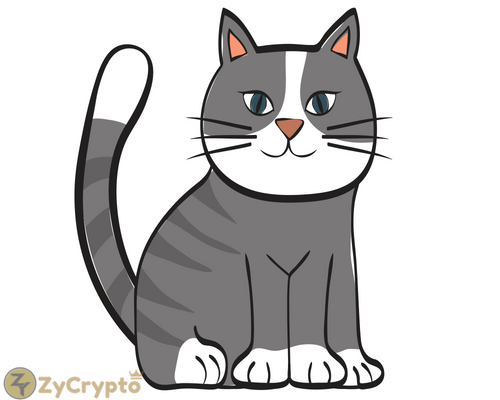 The virtual game network which represents the most notable application of blockchain for leisure has gone a step further by hosting a charity initiative.
Surprisingly, the charity idea was reported by Coindesk to have come from a fourth-grade 10-year-old girl who alongside her father has raised and bred over 1000 kitties on the cryptokitties network.
Bella’s dad had helped her set up Bella’s Kitties Den (BKD) a marketplace on Cryptokitties less than a year ago in a bid to help her daughter learn money skills while saving up for college
Bella sought a way ‘to do good’ with the many kitties she had raised so far and came up with a – Kitties For A Cause – (K4C) charity Auction that lasted for over 15 days.
Funds raised would according to Bella be donated to a children’s hospital – the Seattle Children’s Hospital.
Amazingly, the effort had raised 21.6 ether tokens, or more than $15,000 at the time, in just three weeks.
‘Users were able to bid on 370 different CryptoKitties donated to BKD’ said Axiom Zen spokesperson Yasmine Nadery concerning the charity.
With Ethereum suffering a sharp decline in the past couple of weeks, the 21.6 ETH would be worth closer to $13,000 in current market value.
The owners of the CryptoKitties network hope Bella’s move can set a fine time for future charitable events and had given full support to the move.

“This event was created by a CryptoKitties community member, and we were in awe of the initiative this young girl took. When she and her father told us about it, we jumped at the opportunity to partner with them partner with them and our community creators to spread the word about Bella’s cause.”

Whether cryptocurrencies and blockchain could be used to directly improve life for the needy and the less privileged members of the society would be a question with a foregone conclusion.
UNICEF had previously used mining power from donor computers to raise funds for children, and now a ten-year-old would pay hospital bills.
Would this spark a spat of crypto for good initiative around the globe?