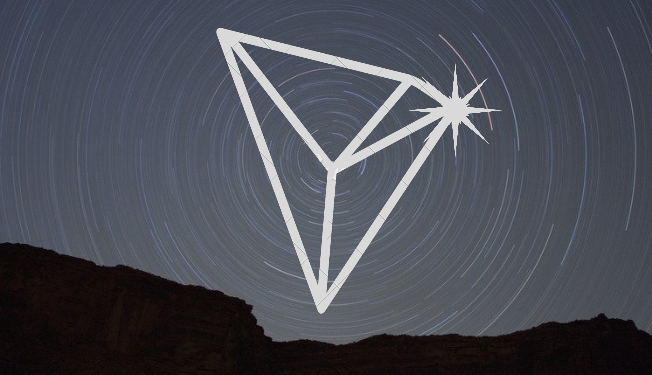 Tron CEO, Justin Sun just made an expression on Twitter felicitating ‘Tronics’ for another impressive achievement. The Mainnet recorded over 900,000 accounts within 178 days. 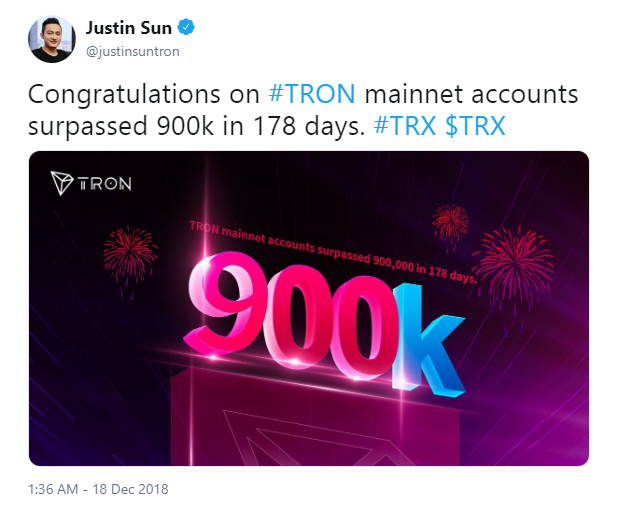 Not quite long ago, The Tron foundation tweeted an update of the MainNet performance, stating that it has hit over 600k  accounts in 143 days. This is a clear indication that the MainNet is greatly enhancing the Tron network. And also surpassing the public expectation as it was rumored before the launch of the MainNet that Tron may not be able to survive on its own blockchain.

On May 31, Tron launched MainNet to begin the process of operating on its own blockchain. Investors were skeptical about Tron’s survival on this new arrangement. But to everyone’s amazement, by October, Justin Sun announced in a tweet that the MainNet has thrived so fast to hit a block height of 3 million blocks in 109 days.

Since its launch, the MainNet performance keeps on getting better and Tron Network has experienced rapid growth, even in the period of a bearish market in the crypto space, the network reported a lot of achievements which is not so with other networks.

Many developers crave to be on Tron network, a lot have even migrated from other platforms with their Dapps to Tron. Tron team is very aggressive in their pursuit of leading the global content management. They strive to provide or connect with any facility that can enhance developers and programmers performance of their network.

Tron is gaining more grounds as more developers and programmers and coming on board the network, it is most likely heading to become a global leader in the crypto sphere.