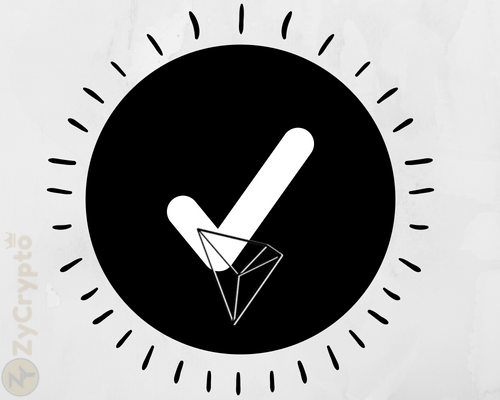 Tron, a great project which has worked its way from the bottom of the chart to one of the top 10 cryptocurrencies by market capitalization is set to be listed on another cryptocurrency exchange, Indodax, formerly Bitcoin.co.id, one of the large cryptocurrency exchanges in Indonesia on the 5th of June, 2018.
This will add up to the list of exchanges on which the coin has been listed. This grand announcement has indeed gotten a round of applauds for the project founder, Justin Sun and also his team for a great work they are doing to driving the cryptocurrency token to wide adoption.
A press release statement on the Indodax official blog states:

“In early June, Indodax will add a digital asset that is ranked in the top 10 in the Tron CoinMarketCap (TRX). Tron itself is a blockchain protocol that aims to build a decentralized entertainment and social media ecosystem.”

Though trading officially commences on the 5th of June, the exchange will open it’s windows for TRX a day before, on the 4th of June and 08:00 local time. The token would have buyers and sellers trading against the Rupiah which is Indonesia’s local currency. Whether it’ll be traded against the USD or other cryptocurrencies is yet to be confirmed.
Indodax, trying to explain it’s reasons for listing the TRX on the platform says there was no need to ask it’s community to vote for the coin to be listed. TRX was in top 50 already, and this was in line with the company’s policy when it comes to adding quality digital assets on its platform.
Undoubtedly, Justin was pleased with the progress of his project as he took to Twitter to announce this great achievement to the rest of the community.
In his tweet, Justin said:

The news which was pleasing to them attracted a massive number of comments and retweets as the members applaud him for a job well done. A community member, Adam Samaeli had this to say:

Everybody please give Justin and his hardworking team a round of applause. Great work!!!!

Justin had recently announced the launch of its MainNet on the 31st of May, 2018 and the cryptocurrency being listed on Indodax is a step further to achieving the project’s primary goal, which is to build a decentralized web.