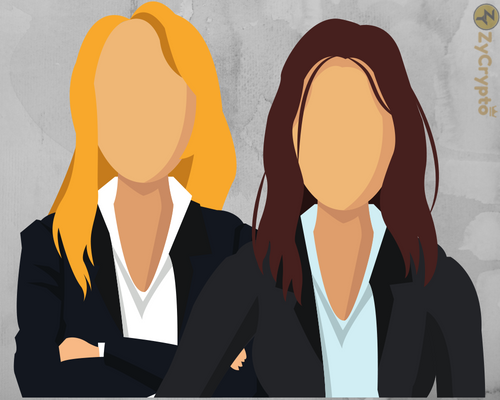 It is a sad but undeniable truth that the Cryptocurrency industry has historically been compromised by mostly of male figures. However, the London Block Exchange (LBE), a famous U.K.-based exchange unveils research that hints at a positive change.

The research records that investments from female investors have moved from
6% to 13% in Six Months, which indicates that the number of women willing to invest in cryptocurrencies has increased in two folds over the past six months.

It is interesting to note that there’s been a significant surge of millennial interest in the Crypto space. As the digital breakthrough continues to overtake different global socioeconomic sectors, more and more millennials are beginning to understand and realize the power of cryptocurrencies and other related technologies.

“There’s still a common misconception that cryptocurrency is a game for men, but we’ve seen hundreds of women sign up for our exchange in the last few months and some of the most inspiring and knowledgeable investors, leading the way in the industry are female.”
Says Agnes de Royere, a senior business analyst from LBE.

According to the LBE, one out of five female millennials considers cryptocurrency a profitable investment. While this research may only encircle a few countries and a small number of demographic groups, it remains a fact that the growth figure will continue to multiply.

In contrast to this development is a stagnant growth in the interest of men which infers the possibility of female domination in the next few months.

The rise of female investors in the Cryptocurrency space will be of significant value as the report also stated that women are 50% less vulnerable to making irrational investments as opposed to men, explicitly noting that women are not as prone to the fear of missing out (FOMO) as well.

This increase may absorb the intensity of the “FOMO” that analysts termed as the reason for last year’s run-up when Bitcoin upsurged from $1,000 to $20,000 over the course of 12 months supposedly birthed out of the fear of missing out.

One notable female figure in the Cryptocurrency industry; the CEO of IBM, Virginia Rometty, one of Cryptocurrency’s most influential women who also noted that the company is focusing on more Crypto and Blockchain related projects.

Although the number of influential female figures in the cryptocurrency space are few, LBE’s latest report shows a certainty of progress.