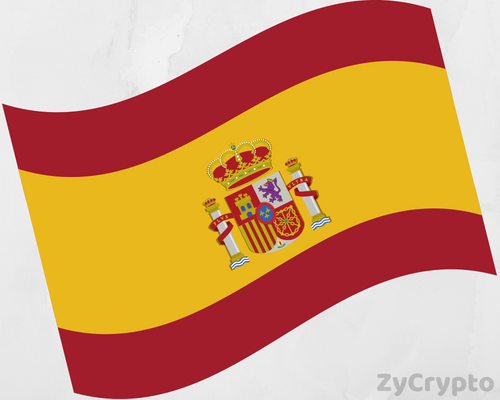 The European country’s ruling party is backing the use of blockchain technology to improve efficiency in the existing governance system.
The Congress of Deputies, a lower chamber of the Spanish Parliament is reported to have received a blockchain-related proposal filed by 133 deputies from the ruling Popular Party.
Blockchain is an innovative technology that operates in a digital ledger format and allows the distribution of stored data among entities on the network without any risk of tampering.
The lawmakers are advocating for the introduction of blockchain technology to the administrative concessions, contracting or internal processes as it promises to provide “traceability, robustness, and transparency in decision making.”
Furthermore, additional revenue for the state is also highlighted by the lawmakers as one of the goodies that blockchain could bring the existing model of managing different sectors.
The lawmakers stated that “the use of this technology can bring extra revenue to the Administration through the promotion of new models of exchange of rights in sectors such as logistics, tourism or infrastructure.”
Aside from building public blockchain models (similar to the bitcoin blockchain), the administration could also profit from developing private blockchain models in order to sustain its secondary markets that lower the prices of goods.
This will allegedly result in increased productivity while also encourage specializations in the vast blockchain fields according to the deputies.
With one eye on the future towards building a lasting ecosystem for blockchain technology in Spain, the proposal also recommends that the government fund and facilitate the training of blockchain developers.
This will quicken the implementation of the technology as much as possible and also guarantee that the country stays abreast with a revolutionary development that is rocking the globe.
Even though there is no released timeline or schedule for implementation of the ideas, we would assume that the country will make a step in the right direction and also get on the highway to blockchain dominance.
For the time being, Asia continues to lead the global race towards blockchain adoption, with the region boasting the highest number of blockchain related franchise according to TechInAsia.