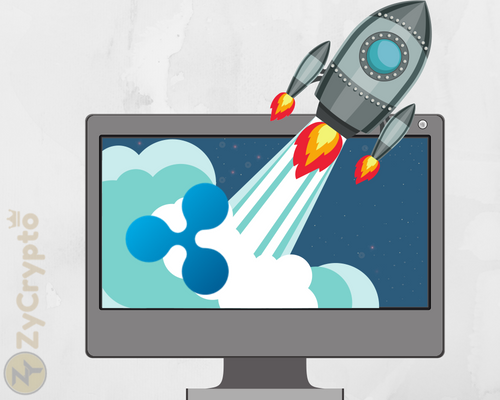 As earlier proposed, the SBI group earlier this year stated it was to launch it’s cryptocurrency exchange this summer. The plan which has been the company’s dream since October 2016 has finally come to a reality.
Though they plan to have the major cryptocurrencies traded on the platform which includes the Bitcoin, Ethereum, Bitcoin Cash, and the Ripple, they have started with the Ripple and will be adding others shortly.
The SBI Group, being one of the largest financial institutions in Japan is bent on making the platform top notch.
In a statement, Yoshitaka Kitao said:

“When we do it, it will be number one in the blink of an eye so quickly, so even if a tremendous number of customers come, we can build a system that can bear [the workload].”

Speaking on Ripple, the CEO said:

“XRP is faster, cheaper and more scalable than any other digital asset. I strongly believe it will become the global standard in digital currencies.”

The SBI Group which core businesses are Financial Services, Asset Management, and Biotechnology is testing its feet in a new industry, cryptocurrencies. The SBI Virtual Currencies which is an am set up to take care of this department would be a child company under the SBI Holdings.
The arm was registered on the 29th September 2017. With the current strength and financial backup available, the company can easily make this project one of the best in no time.
This news is excellent for both the cryptocurrency communities and the broad adoption of cryptocurrencies in general. This platform is an extra addition to places where cryptocurrencies are traded and hopefully, this platform won’t be a platform for the Japanese community alone but globally.
The company has pleaded for a little more time for plans to be entirely complete all that’s necessary for the platform to be fully functional.

“Regarding general account opening reception, we will announce you again on our official website once preparation is completed. We appreciate your patience as we wait for a while.”

Sometime in September 2017, the company also expressed their plans to start mining cryptocurrencies. This was to solve problems within the cryptocurrency markets, and even a way of providing investment opportunities.
Since 2016, SBI has been interested in blockchain technology as a whole but most especially cryptocurrencies.