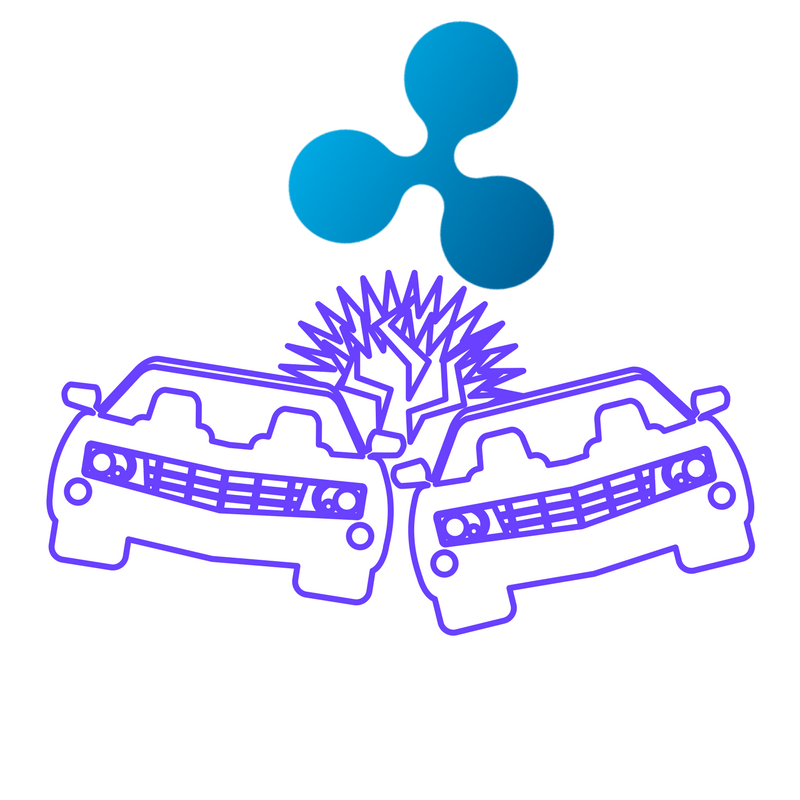 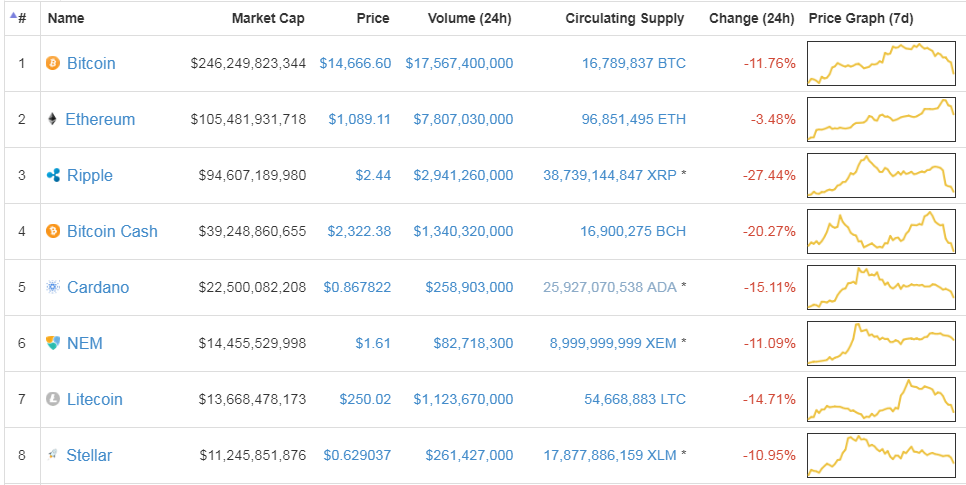 Ripple has been one of those coins that got surged with very high percentage between December, 2017 to January, 2018. Thus year 2017 and 2018 both can be considered as a successful year for the coin up till now.
But on 8th day of the year, almost every giant coins like Bitcoin, Ethereum, ripple etc experienced a huge fall in their trading price. And Ripple had a fall of 30% that too within 3 minutes of duration.
As per the coinmarketcap, We can see that on 8th Jan 2018, at 4:54 UTC,  price of ripple was recorded as $3.19 but just after 3 minutes ie, 8th Jan 2018, at 4:59 UTC, price of ripple was recorded as $2.66.That means directly a fall of $0.53.
Reason of this big fall can be due to lower trading of ripple on various exchanges. As per the data provided by coinmarketcap, rank based on highest volume of trading done for the cryptocurrency in over 24 hours were as follows( while writing article).
Bitcoin is at first with the highest volume of trading of 36.70%, while Ethereum is at second with 16.30%. Third position is been acquired by Tether with 7.33% and then comes the ripple with 6.29%.
Thus the fall of Ripple in trading volume can be one of the reason of falling price while it is also been claimed that coinmarketcap showed the prices excluding the certain prices at korean exchanges.
It wasn’t the only bad day for Ripple in fact almost every coin experienced the down fall.
Bitcoin was getting traded above $16,000 and then it went down to almost in $14,000 range and then again got up and is currently at $14,999 (while writing the article).
The rise of ripple is being claimed as bubble just like a bitcoin. One of the popular exchange Shapeshift’s CEO Erik Voorhees has also claimed it as bubble. And it can’t be ignore as everything starts with the fud of coinbase implementing ripple. So should we consider it as bubble that began to burst?
Well I personally believe that ripple will definitely grow in their price value because of the several projects that is going over ripple net, will definitely grow its market value. But price increase due to sudden pump are always very risky and unstable. So if you aren’t a good trader then it’s better to be away and just read the behaviour of fluctuation.
While i can assume good traders will see it as opportunity and would decide to buy some good chunk of ripple.
For users who aren’t aware of Ripple, Ripple is a company based in San Francisco. It has developed a payment network and named it Ripple net while the name of assets that is used for transaction is named as Ripple (XRP).