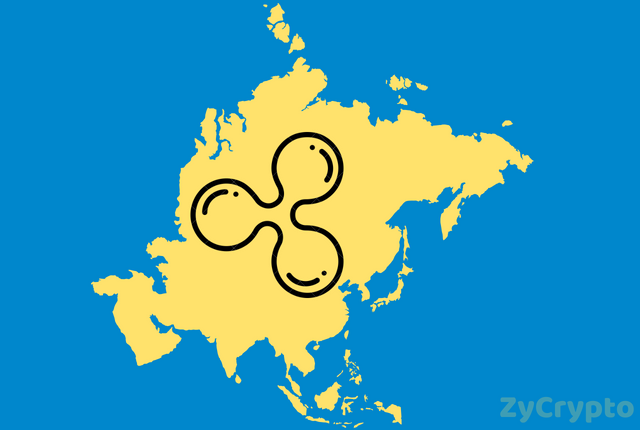 Earlier his year, Ripple made plans of taking the Asian market by storm with its blockchain-powered payment solutions, by capturing the Chinese crypto market, the then biggest at that time.

However, the company backtracked a bit, justifying their delay on the crypto shutdown which was happening in China at that time. Mr. Sagar Sarbhai, Ripple’s head of government and regulatory relations for the Asia Pacific at that time stated the lack of regulatory clarity around cryptos and blockchains in China was the cause of the delay.

He also added that they were on top of the situation, by informally speaking to banks, payment providers and government bodies to try and get things running.

Fast forward to a few months later, it seems Ripple are still determined to rule the financial payment sectors and expand to the Asian market as well regardless of having the worst possible year ever. Since the start of the year, Ripple (XRP) has seen its price drop over 90% and still not doing well currently.

Ripple is now looking to expand to China, to offer their distributed ledger technology (DLT), which will increase the speed of international transactions. “China is definitely a country and region of interest,” said Jeremy Lights, Ripple’s vice president of EU strategic accounts, Jeremy Lights stated.

According to him, upon an entry into the Chinese market, Ripple’s main focus will be on strengthening the adoption of the cryptocurrency XRP, as trading of virtual currencies together with Initial coin offerings are banned in the country.

Ripple has already collaborated with three crypto exchanges Mexican Bitso, the U.S. based Bittrex, and Philippines-based Coins.ph, in efforts to expand the reach of its xRapid cross-border payments settlement solution. This partnership will now enable the three crypto exchanges to use Ripple’s xRapid for easy transfer of money between the Philippines pesos, the U.S Dollars, and the Mexican pesos.

Ripple’s journey into the Chinese market, however, won’t be easy as there are in for an intense competition from local firms in the region. One of such is Tencent, the company which owns the messaging app ‘WeChat’, the most popular in China, who is also working with Government tax authorities to create a blockchain-based payment solution just as Ripple’s but only theirs would be used country-wide.

However, Ripple still holds an upper hand in business, compared to other crypto firms, as it’s got a separate blockchain-based payment solution with functions without the use of XRP tokens.

An example is the xCurrent product, which is already gaining grounds among banks and other big financial institutions worldwide. Ripple can still create some space for itself as most of its payment solutions are designed towards facilitating international money transfers.