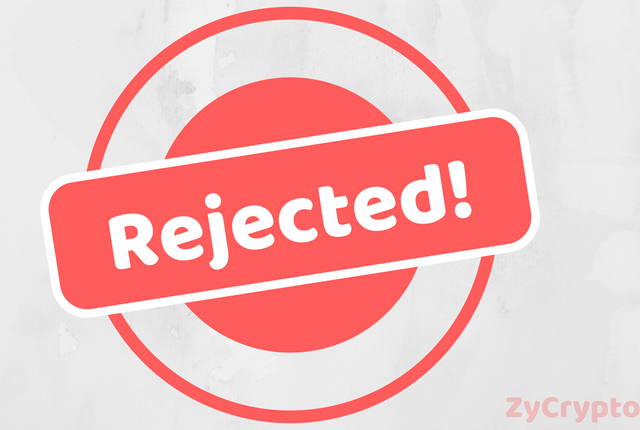 Yesterday, a publication was made in one of my articles that was published yesterday if SEC is out to undermine cryptocurrency through it’s continuous rejection of bitcoin exchange traded funds submissions made by some organizations or delay in decisions in some?
It might be that this was read by them as they were able to take a decision on the applications for the first time before the due that which was August 23.
The 9 ETF’s applications are two are from Proshares in conjunction with New York Stock Exchange ETFs to be listed in NYSE ARCA, two from GraniteShares to be listed in CBOE and five from Direxion to be listed in NYSE ARCA.
In response to the rejection of the 9 applications from the three firms, SEC said:

“Among other things, the Exchange has offered no record evidence to demonstrate that bitcoin futures markets are ‘markets of significant size.’ That failure is critical because, as explained below, the Exchange has failed to establish that other means to prevent fraudulent and manipulative acts and practices will be sufficient, and therefore surveillance-sharing with a regulated market of significant size related to bitcoin is necessary.”

In conclusion said said that: “[The agency] emphasizes that its disapproval does not rest on an evaluation of whether bitcoin, or blockchain technology more generally, has utility or value as an innovation or an investment.”