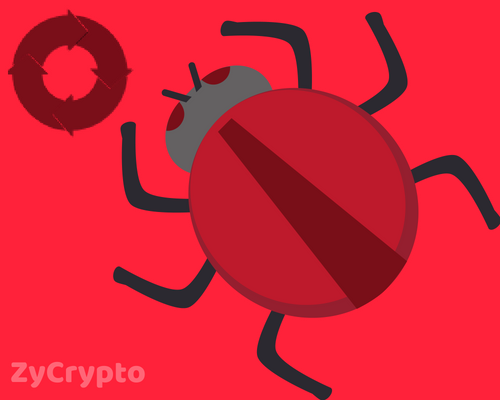 It’s not news that the crytoworld has been under constant threat by cyber criminals. Hackers have persistently come up with new, crafty ways of accessing secure systems and stealing cryptocurrencies. This time around, they have devised a new malware that targets the user’s end-point.

According to a report released by a security firm, BleepingComputer, which detected the malware, the criminals mainly target users using Windows Operating Systems and deploy their malware on the target computer.
Once installed, the malware infects the computer’s clipboard and monitors all copy-and-paste operations. They exploit the fact that most users just copy and paste addresses to cryptocurrency wallets especially when sending the currencies.
The malware works by detecting when a user has copied and pasted a crypto address, and then it interchanges the pasted address with the hacker’s wallet address; such that when the victim sends the payment, they end up sending it to the hackers address instead of the intended receiver’s address.
This kind of hacking malware is dubbed CryptoCurrency Clipboard Hijackers. According to BleepingComputer, this malware has affected over 2.3 million crypto wallet addresses.

How To Keep Safe

Since the malware exploits the copy and paste operations on the Windows Clipboard, it is possible for the user to detect any changes to the pasted address by counter-checking it against the original one (from where they copied it).
This way, the user is able to know if their address has been tampered with and take steps to correct it and ensure that they send their cryptos to the right address.  This keeps the user safe since the hacker, or the malware in question, has no way of changing the address on the fly after the send transaction is initiated.
Another smart way of keeping safe from such covert attacks is by ensuring that you have a well-running, up-to-date antivirus software installed on your computer at all times.

What The Future Holds

According to a recent report covering cyber attacks targeting crypto owners, hackers find it convenient to target cryptos because the stolen cryptocurrencies are hard to trace. Experts are also concerned with the increasing hacking incidents that could give hackers incentive to develop more aggressive hacking tools.
Of more concern is that such developments may give rise to tools that can counter advanced cryptocurrency security systems. However, that is yet to be seen.