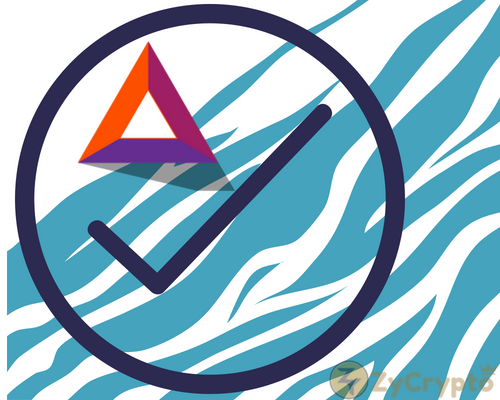 One of the most popular cryptocurrencies in India, Zebpay has added another token to the list being traded on the platform.
The platform through its official blog made this announcement known to the public. In its post, it says BAT deposits would be live starting on the 17th May 2018 at 1:00 PM IST. Users are therefore able to sell, buy, withdraw and exchange the BAT tokens for other cryptocurrencies on the exchange.
Zebpay has, therefore, advised its users and BAT token holders to move their tokens to the exchange as soon as possible before the network gets congested, to avoid delays after trading fully commences.
Much earlier in the month, Zebpay had introduced six crypto-to-crypto trading pairs on the platform. Cryptos included Bitcoin Cash, Litecoin, Ripple, EOS, Omisego, and Tron all trading against the Bitcoin.
BAT, which currently ranks 52nd as at the time of writing hasn’t been doing so bad since inception. Despite the massive drop experienced by major cryptocurrencies like the Bitcoin, Ethereum, and others, BAT has seemed to hold on quite well, making higher lows and currently seating at 38 cents per coin.
Though the cryptocurrency market is a highly volatile market, we have continued to see a lot of inflow of investment into the market. As some prefer to scalp the market for daily profits, others would invest for long-term gains.
Same way cryptocurrencies have made much ton of money, there have also been some people who haven’t had it going well with them as well. To curb losses, the government had tried to intervene in finding what best ways to keep its citizens safe. The United States is at the forefront of regulating cryptocurrencies have also implemented some laws.
India isn’t left out of the mission, the central bank of India has also banned commercial banks in dealing with cryptocurrencies because of the associated risks. Despite all these battles, it only seems that more and more people are getting into the game than ever.
Though the Indian Government has banned the use of cryptocurrencies, they have been recently faced with an irresistible offer which will allow save them about 30% on crude oil purchased from Venezuela if they used the Petro, which is the Venezuelan official cryptocurrency to be launched at the end of May after the country’s elections.