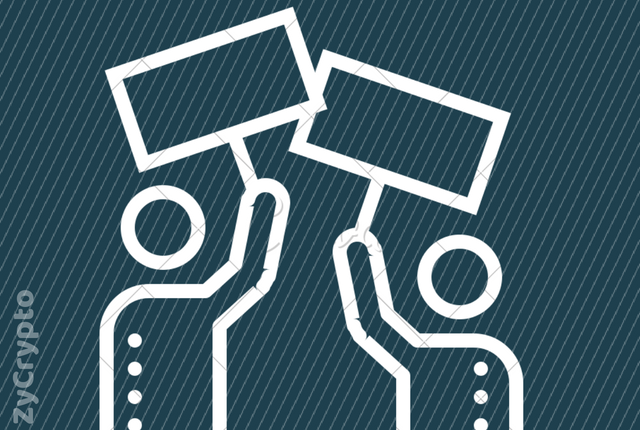 Delaware-based cryptocurrency exchange platform Poloniex is currently under some pretty high-level investigation by the Department of Justice (DoJ). Interestingly, the approach by which the government agency is making its findings is rather not the conventional style.
On July 25, the Chief Special Investigator of the Investors Protection Unit (IPU) at the Justice Department, sent out an email to a selected number of active Poloniex users, asking them to revert back if they had encountered any difficulty in their use of the Poloniex issued accounts.
This action comes after a series of complaints by a reasonable number of users who had been denied access to their account profiles. According to gather information, there have been renewed pressured complaints, lodged on the cryptocurrency exchange’s Facebook and other social media accounts, with yet no reconcilable efforts made so far.
The Poloniex Exchange and Some of its History Stories
Poloniex started its cryptocurrency exchange operations in 2014, when its founder and CEO Tristan d’Agnosta – of whom little information is known, announced the commencement of trading activities on the platform.
Poloniex with its official headquarters situated in Wilmington Delaware, currently ranks as the 30th largest cryptocurrency exchange in the world at this time, with a daily trade volume pegging around $54 million US dollars. Part of the exchange’s beaming advantage lies in its multiple cryptocurrency trading options, with a current operating capacity involving a little less than 100 cryptocurrency tokens.
On February 26, there was a trade deal which marked the beginning of new ownership for the cryptocurrency firm. Multiple currency payments facilitating company Circle™ had announced its acquisition of the exchange, for a disclosed $400 million. Circle™, on the one hand, seems to be doing well, as the company is backed by a Wall Street powerhouse- Goldman Sachs. In 2015, Goldman Sachs had invested an impressive $50 million in Circle™, alongside other venture capital projects.
According to Circle™ co-founders Sean Neville, and Jeremy Allaire, the intention was to grow Poloniex into something bigger than a cryptocurrency-only exchange.
In their words they said: “We envision a robust, multi-sided distributed marketplace that can host tokens which represent everything of value: physical goods, fundraising and equity, real estate, creative productions such as works of art, music and literature, service leases and time-based rentals, credit, futures, and more.”
They had also promised that the Circle™ company would urgently do more to address issues revolving around technical operations, customer support and scale risks, as well as compliance.

In 2015 when d’Agnosta in an open letter announced the company’s stand in regards to its service objectives as a money service business (MSB), he mentioned the fact the company was making moves to comply with the US regulatory standards. In respect to that, the company had set up modalities that would help it fulfil the requirements, especially those as defined by the Financial Crimes Enforcement Network (FinCEN).
In December 2017, the exchange further announced its renewed decision to tighten KYC/AML requirements which mandated legacy account holders to pass through a verification test, which if not done, could ultimately disrupt their access to perform the usual exchange mediated activities.
Although the bone of contention has emanated from the fact that the exchange did not state specific deadlines, but just went on to implement the restrictions. There are numerous claims that the company did not issue any further notifications to this effect, until sometimes around may when it urgently asked users to undermine verification processes within 14 days or the risk chances of denied access.
Consequently, many users accounts who did not meet the deadline were frozen, and to include some others who were already verified and confirm so, by the exchange.
More Complains Attracted the Intervention From the Department of Justice
In a bid to get some justice, some actions have been taken by different users, in attempts to call the exchange to order. One aggrieved user had signed a petition against Poloniex on Change.org and was requesting other aggrieved users to join in the petition signing- of which about 12 persons have so far signed.
Another Poloniex user in 2017, was said to have complained FinCEN. Asides these, there has been an influx of complaints upon complaints, amongst which is another user who claimed they had opened a withdrawal ticket since January, which was never attended to.
All of these continuous complaints and call for help must have necessitated Investors Protection Unit (IPU) Chief, to send out the emails which were copied out to about 100 addresses.
The DoJ has confirmed that some persons had reached out to the agency, with the very issues peculiar to the Poloniex and users’ face off. They, however, did not give the details on claims that they did not seem it appropriate to do so, considering the peculiarity of the issues as “open investigation”.

“While we cannot comment on the status of open investigations, we can confirm that some cryptocurrency investors have complained to our office about frozen accounts and poor communications with cryptocurrency exchanges that have hindered the investors’ ability to make withdrawals of cryptocurrency in a timely fashion, if at all. This can be problematic for investors who are seeking to withdraw their investments and are unable to do so within a timeframe that permits them to get the price they seek.”

Consequently, the Delaware Justice Department through its public information officer urged investors in the area to continue to bring such reports to its notice promptly.