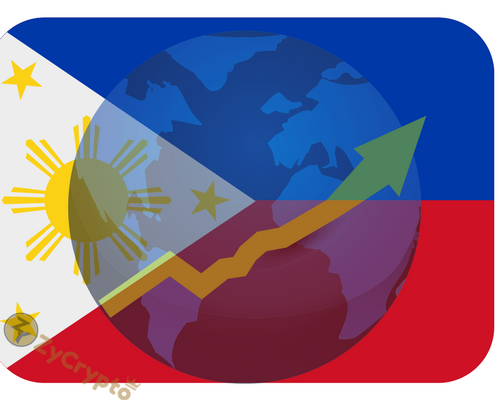 Raul Lambino, leader of the Cagayan Economic Zone Authority or CEZA, has announced that cryptocurrency exchanges will soon be operational in the Philippine Cagayan Special Economic Zone.

However, he advised people looking to buy crypto for Philippine Pesos or other fiat currencies should do so abroad.
This is a preliminary step for Philippine authorities, and it shows both a willingness to adapt to the new technology, but a reluctance to allow mass adoption.  The World bank defines Special Economic Zones as geographically limited areas, that are usually physically secured or fenced-in with separate customs area including duty-free benefits and streamlined procedures.
In other words, SEZs offer citizens an area where the country’s normal economic laws do not apply. The goal of these zones is to make it easier for enterprises to do business. By making laws simpler, the host country expects an economic boost via increased investing and increased trade.
When these initial plans take effect, it will allow for the Philippines to have a trial period, and not be left in the proverbial cryptocurrency dust. But also, the country will be able to cautiously wade forward and protect many initial investors from possible scams.
In addition, the country hopes to bring a huge amount of money into the economy.  According to the rules that have been set up by CEZA, licensing fees will cost the exchanges $100,000 and each of the ten new companies are expected to invest at least $1 million over a two year period.
If these exchanges proceed over secure and fair trading it could open the sector up for future investors.  Philippine authorities have urged lawmakers for strict laws with harsh punishments for crypto scammers in the past, but have since taken this more cautiously optimistic approach.
Raul Lambino even mentioned that CEZA is thinking about creating schools and training programs in the Cagayan Economic Zone to teach blockchain technology and ensure that there are enough people competent in the new movement.
Vietnam, Thailand, and Singapore have all made statements regarding crypto regulations in the last few weeks.  With this announcement, Philippine authorities have followed suit with other Southeast Asian countries in cautiously entering the cryptocurrency market.