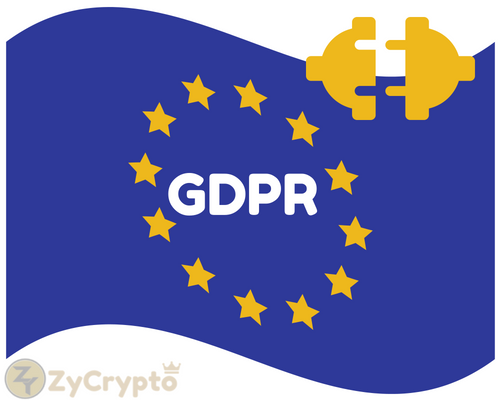 Parity, in a blog post earlier today announced that they would discontinue their PICOPS (Parity ICO Passport Service), a service which enables individuals to associate Ethereum addresses with their unique identities.
This service was necessary to validate Ethereum wallet owners who had passed specific ID background check. This gives investors some confidence about the ICO they are investing since those behind the project could be validated. For ICOs the platform was necessary to comply with KYC and AML regulations.
Stating the reason while the service had to end, the article read:

“Due to its interpretation of personal data and the rules on how to handle the latter, the EU’s General Data Protection Framework (GDPR) creates new and untested challenges when storing personal information on the blockchain.”

“Because of this, the significant resources required to make PICOPS GDPR-compliant, and the fact that PICOPS is not part of our core technology stack, we have decided to discontinue the service despite overwhelming market needs and demand.”

The news didn’t go down well with a lot of people with one of them being Vitalik Buterin, the Ethereum founder referring to the PICOPS platform as a very useful one and that it was a sad experience.
But not just him, Jackson Palmer, who is the founder of Dogecoin also had this to say about the law:

“While I greatly respect the movement towards better data privacy and security laws, GDPR compliance is a large and unrealistic burden that small side-projects are simply under-equipped to manage (especially if being maintained by a single developer in their spare time).”

At this point, it’s not certain there will be any consideration on this step they’ve taken any time shortly even if the GDPR issues have been resolved as it’s not the primary goal of the team anyway.
Undoubtedly, the GDPR rules are for the good of all, essentially to ensure privacy and data protection, it seems to bring along strict regulations which can keep beneficial services away for good.

This service makes use of the Onfindo, a software service to know if a person that’s putting up an Ethereum wallet address is eligible or not. This on one end saves company the efforts of trying to prove themselves to the public.
Though it’s not a perfect system, it’s certainly enough to prove anyone’s validity as it uses four different measures in identifying people who want to be recognized on the platform.