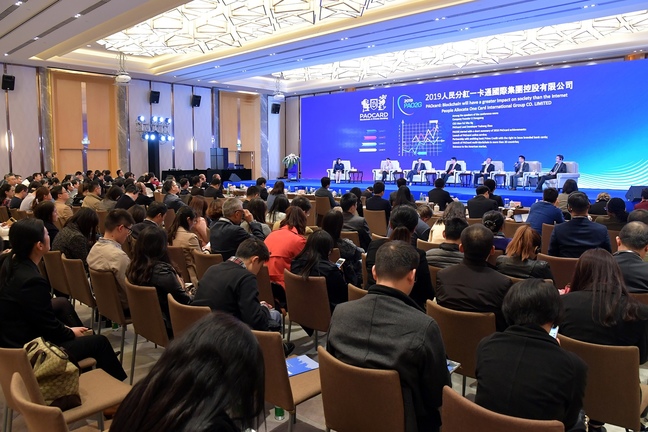 On the 25th of January People Allocate One Card International Group CO. LIMITED held a PAO2G conference by invitation only for partners and active clients of the PAOcard service.

CEO Man Fai Vito Ng and other representatives of the company answered the most frequent questions by the community. Also the team members summed up 2018 for the company and outlined prospects for development.

Among the speakers of the conference were:

Launch of PAOcard multi-blockchain in more than 20 countries;

Entrance to the American market.

The financial accounts of PAOcard have also been very promising. At the moment there are over 5 thousand transactions made using PAOcard VISA cards, in the total amount of $1.5 million.

Alongside them, representatives of Asian public authorities, who had also been invited to participate in the conference, took part in discussions.

The CEO Man Fai Vito Ng stated that the company had started to look for PAOcard ambassadors in Asia and in the USA. He referred to market professionals, who can represent the company in their countries in the long term. Also there are plans for creating a cryptocurrency community that would be comprised of the field experts. In 2019 the company will focus the most on marketing and bringing in new local investors.