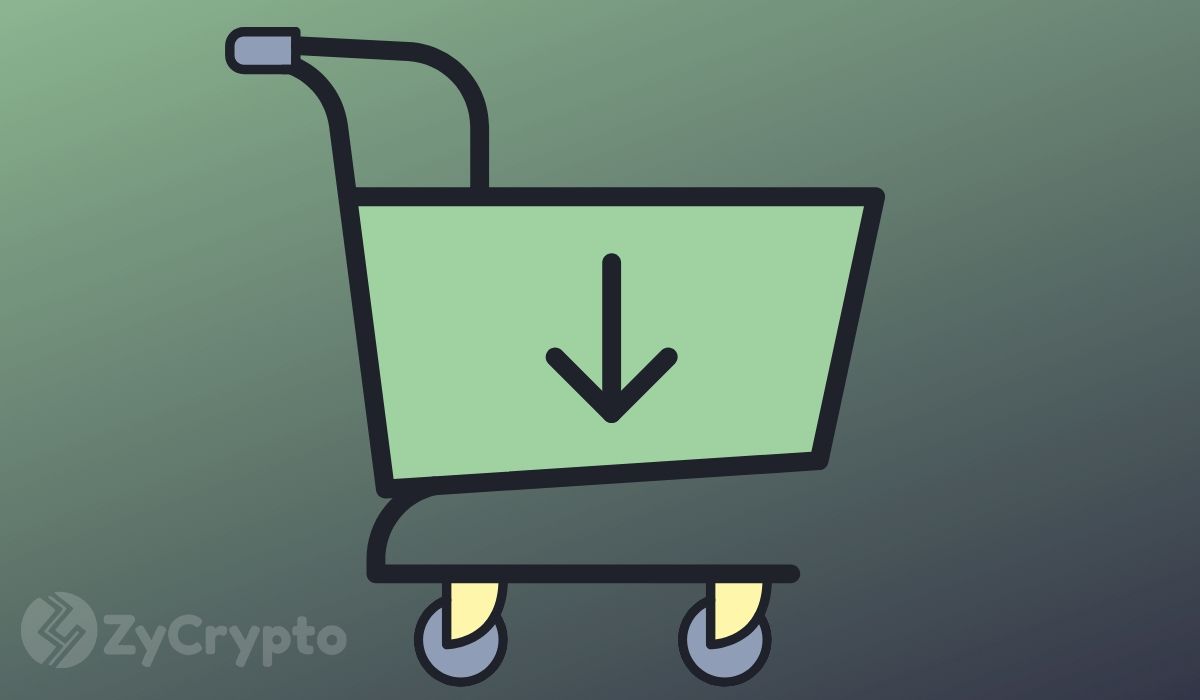 The Glassnode analyst Matthias Bachmann claims that on-chain metrics show investors’ positive expectations. The third upcoming Bitcoin halving has attracted massive attention, with concerns about extreme volatility. In days, maybe months after the halving in May 2020, Bitcoin could go to new price levels.

The reward halving will happen on 12 May, making one bitcoin even more scarce. Here are the on-chain metrics that the analyst was tracking.

Over 42% of all Bitcoins in circulation haven’t moved for two years or so. The longtime miners, traders, and activists of Bitcoin are ready to provide several support levels. The year 2019 showed a 10.4% increase in a number of such coins, meaning more people are not moving their BTC. During the March 2020 epic crypto market crash longtime holders didn’t sell too.

This is worth noting because the ‘weak hands’ is one of the most common targets of market whales. 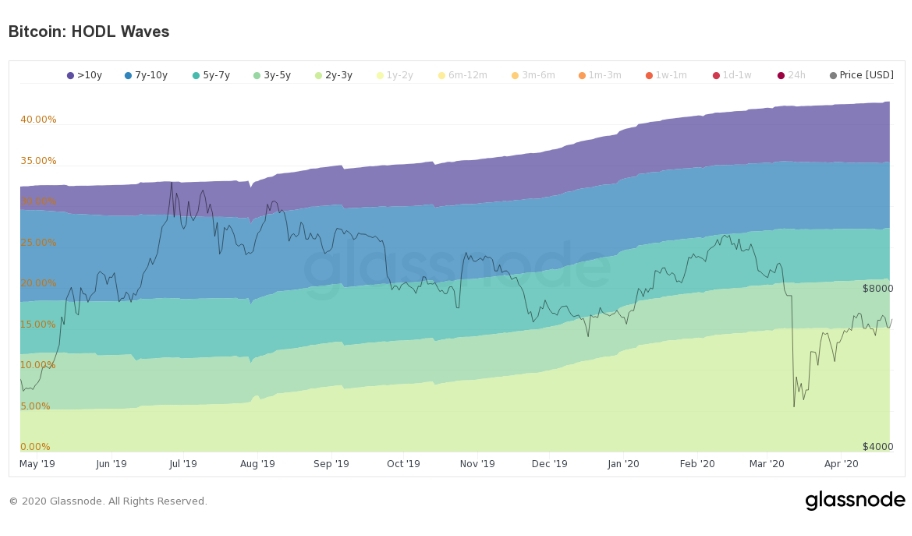 During this last crash of Bitcoin, the HODLer Net Position change kept a positive side. Graphs show that longtime investors were gaining additional profits. Not only didn’t they sell. They were buying more coins at the dip. 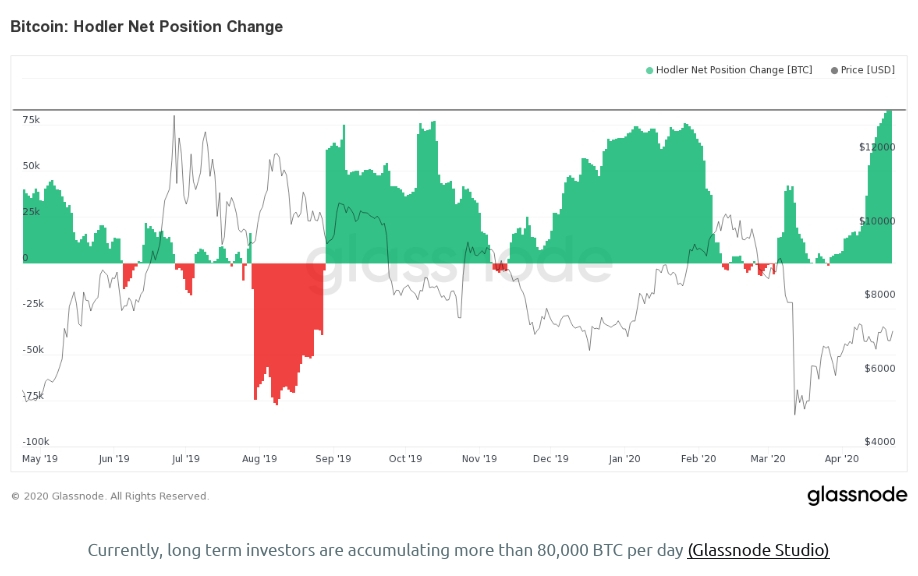 Throughout March 12-20, traders were buying Bitcoin and moving the coins from pillar to post. Since that moment, more than 300,000 bitcoins were on the same addresses. The number of addresses where calm coins sit increased in just 9 days. It rose from 1.7 million to more than 2 million, meaning that traders are holding hard onto their position. Also, while Bitcoin was recovering, many short-term traders changed sentiment.

Despite many traders sending Bitcoin to exchanges, official wallet balances kept drying out. Since February 18, prominent exchanges lost around 275k Bitcoins. This major withdrawal may mean that traders are sending funds to cold wallets which could mean cementing of the bullish price trends as the outflow has been steady.

Retail Buyers and Whales Are Back At It

Commonly with retail investors, the whales are slowly swimming in. The number of addresses containing more than 1,000 bitcoins has recently hit a 2-year high. Per Glassnode’s Week on Chain data, Bitcoin is now in the grand accumulation stage.

The market has received many negative hits from the ongoing pandemic, and the classic economy setbacks keep growing like shrooms. But cryptocurrencies are looking good amid this crisis. Relatively thanks to the bullish halving sentiments and the effect of having an alternative means of payment that is globally accepted, free to use, and censorship-resistant.