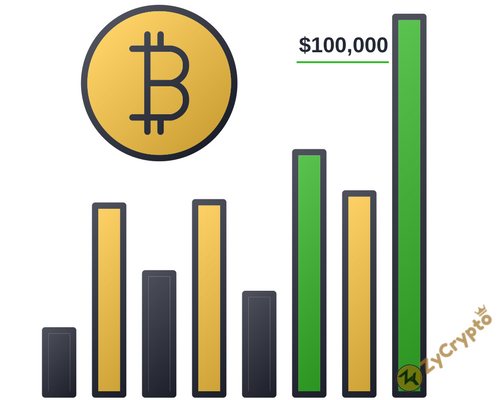 Max Keiser, the host of “The Keiser Report” show in Russia Today, was interviewed by Bitcoinist, talking about his views on the present situation of cryptocurrencies and the various political nuances surrounding their world.
The well-known “anti-establishment” investor, journalist and economic activist, has been known for his controversial statements and actions against the major economic powers with campaigns such as “Crash JP Morgan-buy silver” or the creation of the hedge fund “Karmabanque” However, since the release of his program Keiser Report, he has built a reputation in the world of cryptocurrency by promoting the use of Bitcoin as early as 2011.


Faced with the statements of great personalities from the financial world, Max Keiser dared to contradict them:

“Malinvestment and horrendous capital allocation trends – due to the absence of genuine capitalism – has created the currently unsustainable bubble-economy of artificially inflated stocks, bonds, property, and Art.
Not Bitcoin, by the way, or Gold – these are NOT in a bubble vs. the USD-tied panoply of investment crap overburdening the world’s economy; creating wealth and income imbalances, environmental holocaust, and now war.”

These statements prove his point that the powerful are merely defending their power. One example might be the statements by Soros which prompted a fall in Bitcoin to announce later his willingness to invest. When asked about this, Max Keiser was straightforward and clear:

“Mainstream economists like Roubini, Paul Krugman, etc. cannot possibly have any opinion other than being negative on Bitcoin because it challenges every page of every textbook of every economics school they’ve ever attended, read about, or taught. This is to be expected. Just ignore them.”

About George Soros action, he was not very surprised:

“In fact, I would not be surprised to see George Soros attempt to ‘corner’ the Bitcoin market. He can easily borrow the necessary funds at near 0% and accumulate a huge position
Where the price goes in this scenario is a lot higher, obviously. My long-term target of $100,000 – that I first forecasted in 2011 (after listening to Rick Falkvinge at the 2011 Prague conference), would be realized on a Soros pump, for sure.”

He also stated that according to his analysis there had been no price manipulation but a coincidence between the natural behavior of the market and the inflows of large investors.
On the price of bitcoin, the earlier investor was quite bullish, although he was conservative in his predictions:

“My only Bitcoin prediction is that the price will top $100,000. As far as timing, extrapolate from current trends, and you get a sense of when.”

Finally, another of his rather harsh opinions was the one he made when asked for his opinion on the position of JP Morgan’s CEO, who has been quite skeptical and has harshly criticized bitcoin. In this regard, Max Keiser said a few words that might be the best way to conclude this article:
“Jamie’s a d*ck. The end.”