Litecoin Founder Charlie Lee who happens to be one of the earliest enthusiasts in the cryptocurrency Sphere and whose faith has not been dwindled by the ups and downs has made some revelations about people’s FUD in the litecoin project he started in 2011. He continued with his Approach to see that litecoin succeeds in the recently held Litecoin Summit.
Litecoin Has seen Exponential rise in the Last few Hours And Its Investors are happy for this growth, LTC Has been in the bearish Moving region for a long while Moving between the $55 and $65 marks over the past week and has been attributed to be following the growth structure and movement of Bitcoin (BTC). 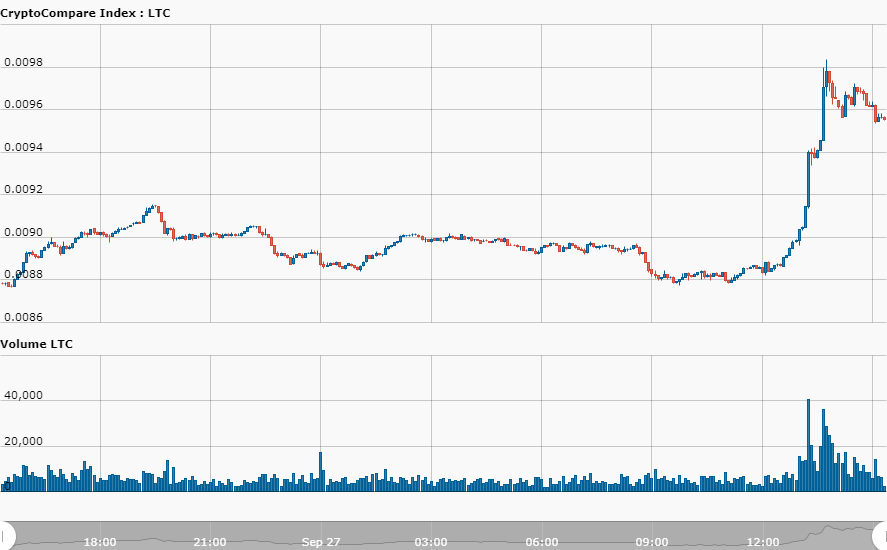 Recent Growth Could Be Attributed to increase in trading volume, increase in mining activities and increase in adoption.
LTC seems to be now moving out Of Bitcoin’s Shadown and going on its independent movement pattern as Market Analyst Iarius Germund had this to say,

“While the price has been seeing extremely volatile movement, it seems to be decoupling it’s growth from Bitcoin. This is an interesting phenomenon, and might be indicative of a future split between the usecases of Bitcoin and Litecoin.”

Litecoin founder made a statement in the recently held summit when he said that he is presently committed to increase in litecoin adoption as he was from its creation and that he uses litecoin in making purchases sometimes. This statement of fate has encouraged the litecoin community that is believed to have the largest Twitter cryptocurrency fans.
And Most Of Its Investors are in for long term Gains as Litecoin has been known to be a coin which don’t always sees Green at all times, many Could be wondering if litecoin that Experienced more than 100 times increase in price in 2017 could experience such a bubble again.
But, from the founders position that adoption is his commitment, it will surely pay off for long term investors since increase in adoption will surely lead to an unpredictable increase in litecoin price.