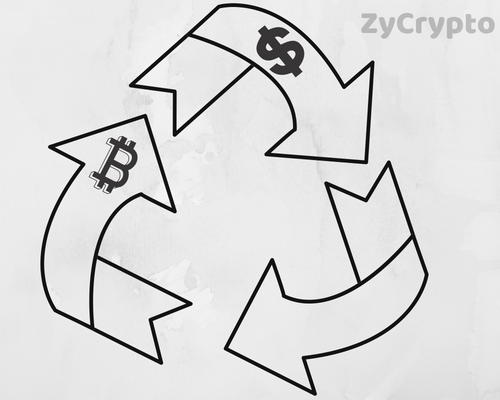 Two economic heavyweights Peter Schiff and Erik Voorhees debated each other this week on the topic of whether Bitcoin could replace fiat currency in the future.

Soho Forum hosted the debate in Manhattan New York and recordings have been placed on YouTube for all to watch. Erik Voorhees is the CEO of ShapeShift which allows people to trade cryptocurrency with ease.
Peter Schiff is the CEO at Euro Pacific Capital and works as a broker. The former has been a strong supporter of crypto whereas the latter has been critical of the emerging crypto ecosystem.

Schiff noted that Bitcoin could sometimes shift in price by the hour and that such volatility may make it difficult to operate as a working currency. Voorhees replied to this by reminding Schiff that the volatility of BTC has gone down this year and maybe expected to go down further in years to come.

The debate continued to compare gold to Bitcoin in reference to the gold standard and the underlying mechanisms of a currency. Schiff argued that Bitcoin takes on many of the characteristics of gold such as a yellow color, mining references to minerals, and gold coins.

Such characteristics, noted Schiff, are superficial similarities because gold has so much more value than Bitcoin can’t obtain. Schiff mentioned a list of qualities that gold has including the use of precious metals, applications like gold fillings, and common uses such as jewelry.

In reply to these arguments, Voorhees reminded Schiff that Bitcoin does have a value such as anonymity, seamless transactions, and security. Voorhees seemed to have been trying to counter Schiff’s argument by describing the unique benefits that Bitcoin has regardless of not being a precious metal.

Schiff wasn’t entirely convinced of this line of reasoning and argued that people don’t really use Bitcoin to make everyday purchases. The currency seems to be dominated at the moment with speculative uses and this may stop it from becoming a fully functioning currency for a country.

One of the key points mentioned by Voorhees was that Bitcoin could protect a person’s wealth in the event of an oppressive regime coming to power. Schiff had a particular problem with this as he felt that an oppressive regime may be able to find other ways to control Bitcoin such as making it virtually impossible to connect Bitcoin with other markets. Such oppressive regulations, according to Schiff, could in fact allow a government to control the currency.

The debate ended with a question and answer followed by a voting session. The audience voted on whether the debate convinced them that Bitcoin may replace traditional currencies in the near future. The yes votes rose from 40 to 55% while the no votes fell from 40 to 31%. According to these votes it seems Voorhees won the debate.