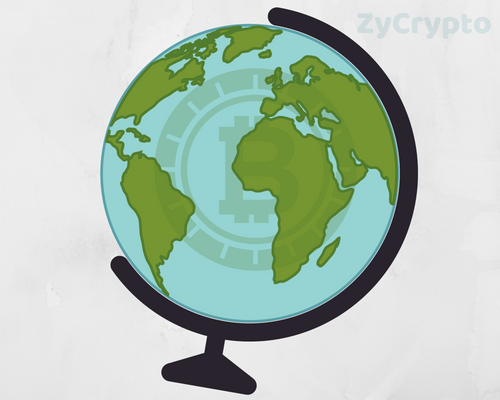 Author: Aubrey Hansen
If you thought cryptocurrency is a bubble ready to burst, controlled and confined in the hands of the powerful and affluent, then think again. Despite many large corporations, private and public, recognising the potential cryptocurrency creates and thereby ardently incorporating blockchain technology, small countries with less economical might are, refreshingly, dipping their toes into the cryptocurrency market.
A recently published report by FXStreet, a leading source of financial news and analysis, highlights various studies into the crypto market, which reveal a number of small, developing nations are making a notable impact on the blockchain and cryptocurrency markets.
One such country is Georgia, defined by the World Bank as a developing country. Despite its small economy and a population of just four million, the 2017 Global Cryptocurrency Benchmark study from the University of Cambridge Centre for Alternative Finance, ranked Georgia second in cryptocurrency mining.
Georgia’s cryptocurrency mining success is owed, primarily, to the nation’s lack of regulation in the market, as well as its affordable hydropower-driven electricity. Though it has to be said, the powerful and affluent corporate monopoly of the industry is never far away, as the majority of Georgia’s cryptocurrency mining comes from Bitfury, a tech company based in the US, which has a data centre close to Georgia’s capital, Tbilisi.
Thailand, another developing country, is also dappling in the cryptoworld, announcing in 2017 that blockchain technology could be used to pay for its services. The same year, Thailand amended its Electronic Transaction Act 2001, so it included the use of blockchain-powered smart contracts.

How cryptocurrency can support developing countries

By actively adopting, embracing and developing cryptocurrency, developing nations like Georgia and Thailand, are witnessing a number of benefits for astutely being part of the blockchain technology revolution.
Improving financial inclusion
Statistics from the World Bank show more than two billion people worldwide don’t have access to banking. Financial exclusion is a leading problem affecting the developing world. Cryptocurrency helps overcome financial exclusion in developing countries, with services like BitPesa and MPesa, helping millions of unbanked individuals receive access to financial services.
Reduced remittance costs
One such benefit is that cryptocurrency-friendly nations can enjoy reduced costs in the global remittance system, which is centred on the activities of citizens of developing countries who live in the developed world. Such individuals often send money back home, thereby relying on transfer companies such as Western Union and Moneygram. When using cryptocurrency, remittance costs are significantly reduced, and international money transfer are markedly simpler.
With the wealth of opportunities cryptocurrency provides and with countries with smaller economies actively adapting such innovative fiscal technology, it is exciting to see just how far and to what extent cryptocurrency will help developing countries achieve greater prosperity.