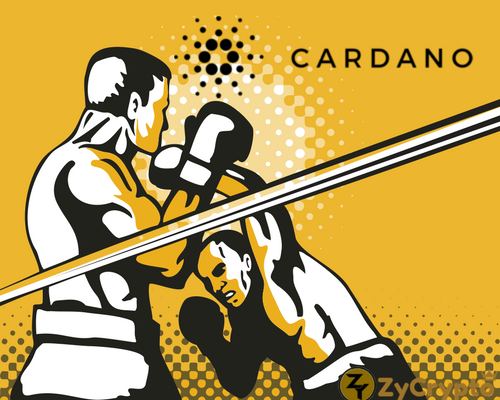 Cardano is the seventh most important altcoin of the entire crypto ecosystem. It is one of the most complicated projects to understand at first glance, yet it has a dedicated academic team behind it.

It is defined as a third generation blockchain, which aims to solve the problems that the rest of the blockchain have not yet been able to overcome.

It is curious that even though it is a project in development, it has such a large marketcap and such a strong fan base that even among the masses it has much more credibility than other projects already completed. The enthusiasm it generates is so great that many dare to speak about a” Fever”. Some of Cardano’s followers are ADAliebers, but they are rightly so.

The project is credible and every advance they make can be studied and analyzed because it is completely shared on their website, where they explain in almost exaggerated detail the points at which they have evolved.

No wonder ADA is so well-supported, and it would be no wonder that once the network is 100% deployed, Cardano’s predicted success is so overwhelming that it could beat some crypts on its own territory. Here’s how it could beat the two main altcoins on the market “for now”: Ethereum (ETH) and Ripple (XRP)

Ripple is the third most important cryptocurrency. Its approach is based on the development of payment solutions between traditional centralizing agents such as banks and FIAT platforms. Ripple boasts an extremely fast transaction speed (less than 5 seconds according to data), making it ideal for large banks.

However, Cardano in its implementation phase has been able to record times of 20 seconds with a processing capacity of 257 transactions per second, in addition, the scalability characteristics of the project make it a strong contender for Ripple and its centralized payment solutions such as xRapid and xCurrent.

Another area in which Cardano can dethrone Ripple is in the field of scalability. While Ripple prides itself on being upgradeable and adapting its solutions to the growing needs of customers, Cardano’s layer-based architecture provides it with the flexibility to perform a greater number of important forks over time.

This is undoubtedly a compelling reason for pragmatists who only want solutions regardless of more “philosophical” aspects such as non-profit development, decentralized protocol, and Cardano’s focus on scalability and interoperability as clear advantages over Ripple.

Ethereum is the most important altcoin in the world. Its focus on smart contracts development through Turing complete programming languages earned it the title of second-generation blockchain, however, Cardano will also offer the possibility of developing smart contracts in such a quick and efficient way they could divert the attention of developers to what they may consider a platform with more credibility and development potential.

Even so, Stellar, a crypto conceived as a Ripple competitor also implements its own Smart Contracts platform, so even if Ethereum is today the most widely used network for Smart Contracts, its lead could not last long.
At the end of the day, future analyses are mere speculations, but the Cardano project is one that is worth following.