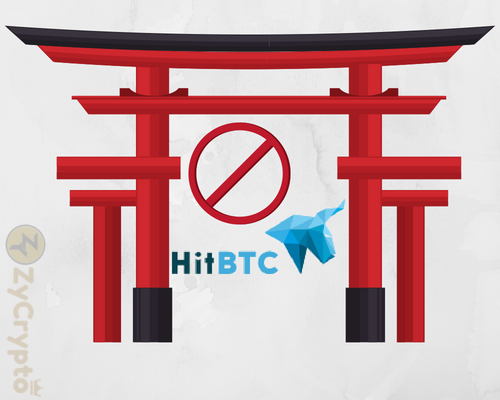 Asia is increasingly becoming a big market for Cryptocurrency trade. With new start-ups and exchange platforms sprouting from all corners. The statistics are recording massive growth as Japan is gradually becoming a heart of Cryptocurrency Exchange.
A warning was issued to Binance and seven other cryptocurrency exchange platforms  by Japans top financial regulator due to their lack of registration with the regulator. Earlier this year, Binance had made it known to Bloomberg that it was making plans of securing a license with the Japanese regulators but was yet push through with it until recent warnings, which contributed to the temporary close down of the exchange.
Most recently, another Cyptocurrency exchange HitBTC, has ceased to provide it’s services in Japan. This is credited to foreseen resistance from the Japanese local regulation authorities, which is birthed from its delay in registration and progressively the service of Monroe trading which the Japanese government opposes.
Due to the new development, services can only be carried out if individuals surfing the website with a Japanese IP address can prove residency outside Japan. Inability to meet the requirement will alter the process and have individuals use a different exchange platform. This is bad business for HitBTC as there are numerous exchange platforms flooding Japan.
HitBTC will not be the first Cryptocurrency exchange platforms to exist Japan, the country has witnessed the exist of Kraken, a top Cryptocurrency exchange platform that halted it’s services in April 2018.
While officials claim Kraken’s decision was solely out of “rising costs“. Currently, HitBTC is building up their license with a Japanese law firm. Although there’s no certainty of how long it’ll take to complete the process, we see a possible return after completion.