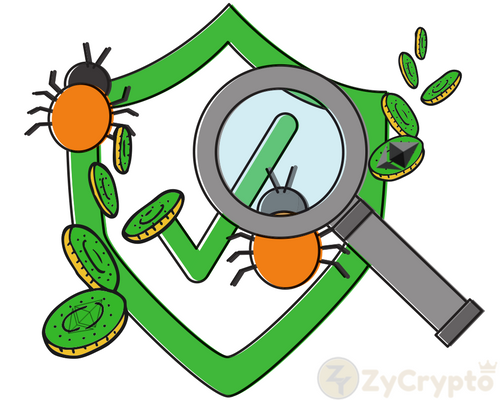 A group of crypto mining malware creators has acquired illegal crypto wealth worth $2 million over the last two years according to Chinese news report.
The alleged suspects for the cybercrime include 20 men who were arrested on Monday by Da Lian city Policemen.
Providing insights into the nature of the illegal mining activity which used computer power from over a million computers, the new source says that the malware was propagated through internet browser plugins.
Cryptocurrency mining is the channel through which new units of cryptocurrencies are generated. This process requires high volumes of computing power.
The hackers had created a number of plugins for various purposes such as improved browsing speed, which they promoted as display ads on an advertising network.
The police claim that the display ads reached over 5 million computers while over a million computers had installed the malware-loaded plugins without knowing.
“As soon as the monitoring program (malware) detects that the CPU utilization of the computer is less than 50%, the mining program will start silently in the background, and the CPU and GPU of the controlled computer will be consumed,” says the report.
As power resources are exhausted, crypto coins are generated and transferred to the hackers digital currency wallets.
In total, the group is said to have amassed 26 million digibyte of Decred and SiaCoin tokens over the last two years (worth $2million).
The hackers may have preferred Sia and Decred tokens because they require lower computing power to mine when compared to popular coins such as Bitcoin and Ethereum.
Also, its unpopularity may mean that the illegal mining activity could have gone unnoticed by their victims.
A number of defaulters could still come under the police radar in the coming days after the hackers admitted that over 100 agents have helped to distribute the illegal mining browser plugins to a wider audience.
While this illegal way of mining is a popular trend in the crypto space, this represents one of the most far-reaching malware attacks in the industry.