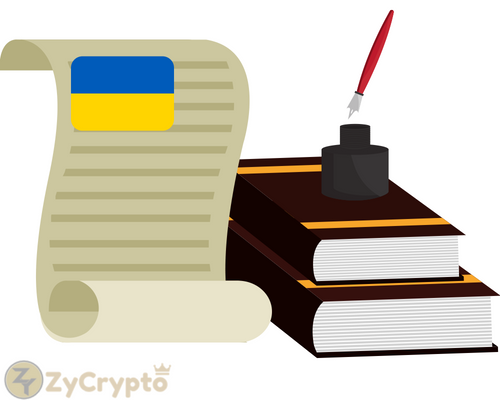 Cryptocurrency mining is seeing a lot of light these days as more and more companies are beginning to venture into it, despite the enormous time and resources needed to mine Cryptocoins.
While it is illegal to own or trade cryptocurrency in countries Iceland, it is known to house a handful of Cryptocurrency mining operations. On the other hand, Ukrainian authorities have established that it has no intentions of legalizing cryptocurrency mining in Ukraine anytime soon.
This was made known by the Representatives of the State Service for Special Communications and Information Protection of Ukraine
on Monday, in a response to an official request for information by the Better Regulation Delivery Office’s (BRDO).
The representatives reported that the the department is yet to introduce mining licenses for cryptocurrency as a unique activity of its own. Which means that cryptocurrency mining in Ukraine is not dependent on any governmental regulation and as such mining activities can be carried out freely.
The BRDO an organization responsible for enhancing economic liberty and valuable regulations in Ukraine revealed  that crypto mining was a risky venture because companies were prone to major fining or falling under confiscation of equipment until now. One of BRDO’s employees Igor Samohodsky explained that due to the uncertainties of the crypto space and unpredictable reaction of the authorities, crypto miners are trying hard to avoid publicity.
In contrast with many European countries where crypto mining profits little due to the increasing cost of expenses, it’ll be interesting to note that Ukrainian miners generally earn over one hundred million dollars in a year and it’s legal field highly encourages mining operations.
Cryptocurrency mining is amongst the many activities in the cryptocurrency field that is yet to be officially regulated or banned from the authorities. Although a statement from a member of the legislative assembly of Alexei Mushak in May assured that the Rada has future plans of legalizing cryptocurrencies, the three documents submitted by The Verkhovna Rada which is supposedly meant to regulate the industry is yet to be approved.
Notwithstanding, sociological data polls carried out in Ukraine earlier this year have shown that Cryptocurrency is quite popular to the Ukrainian masses as 72% of internet users know what cryptocurrency is and 13% own it.
Another 41% suggested that authorities should support and legalize cryptocurrency while 19% thought it would be better of banned.