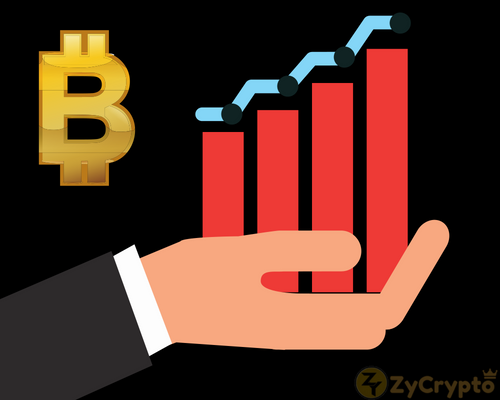 Bitcoin has continued its roller coaster ride in 2018.  It has been hovering around the 8k dollar mark in the past week, which is still pretty far cry from its near $20k price at the end of 2017.
But Danny Masters, the former JP Morgan trader and current chairman of the crypto investment company CoinShares, is predicting that Bitcoin will surpass its all time high before the end of 2018.
Masters, who manages more than 800 million dollars in cryptocurrency, remains bullish on digital assets even though the market is way down from December’s all time high.
However, Masters says that a few conditions must be met first.  In order for Bitcoin to really take off again we need to see a more development from the technology but also the surrounding attitudes regarding cryptocurrency and it’s markets.

He also touched on the controversies and negative thoughts that follow Initial Coin Offerings around.  Many ICOs have received poor press due to the scams that have been uncovered and the volatile and unpredictable nature of the investments.
Masters see this as a big problem for the crypto space and is calling for a more reliable means of checking up on new coins and making sure everything is on the up and up.  “We need to do more mature work around the ICOs, so that post ICO we have a token life cycle, and just give investors more clarity, better expectations, more transparency.”
Despite the uncertainty surrounding ICOs and volatility of the crypto market, the financial expert
says the buzz Bitcoin has generated is not only being heard by the finance world but it is resonating though its corridors. “Central banks and governments decided it could no longer be ignored.
I don’t think there’s any concern from that community at the moment that there’s leakage” Masters said.  He continued, “but I think they’re beginning to realize that there is potential for that in the future.”
Masters also pointed out that the blockchain movement is still in its infancy and the growth is hard to predict.  What he want to focus on is the percentage of the traditional fiat that is replaced by various cryptocurrencies. “I think even if it’s only 5% at the end of the day, that market will then still be much bigger than it is today.”