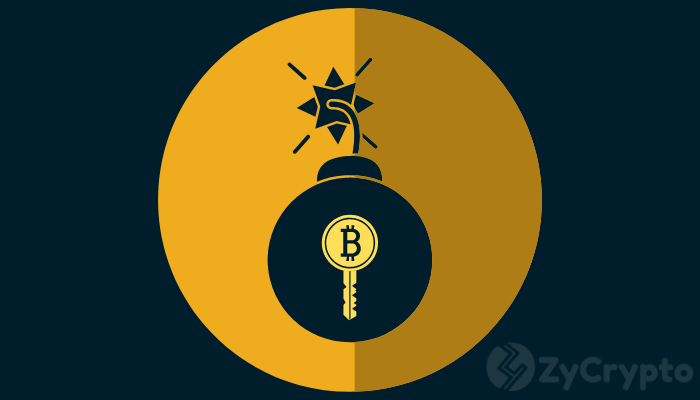 Usually, cryptocurrency scammers and extortionists are often confined to the virtual space, making exchanges and uninformed users their major target. However, the recent events that occurred in the past 24hrs have shown that these fraudsters are stretching their activities to university campuses and random workspaces.

The involved scammers whose identities are yet to be discovered had gone on to send countless emails to government organizations, business firms, and universities, requesting a $20,000 payment in BTC while threatening to blow up the firms of recipients who fail to comply.

A Twitter user by the name of Ryan William Grant had shared a screenshot of an email he received from the scammer who disclosed that a small hidden Tetryl explosive device had been carefully planted in the company, while he claimed that the bomb would explode upon his insider discovering any panic or police involvement, the email noted that the bomb would not kill but leave its victims wounded. The scammer also warned that confirmation will only be monitored three times through Blockchain, after which the bomb will explode if any foul play was perceived.

So I actually just got a bomb threat in my work email today ordering me to send the person $20,000 via bitcoin or they will blow up my place of work…. 2018 is wild pic.twitter.com/sn0vVLwe6v

Midway through the email, the sender dropped his Bitcoin address, saying that payment must be made by the end of work, warning that late payment would attract a detonation of the device. Part of the email reads; “next time other commercial enterprises will transfer me a lot more because it is not a one time action”.

The sender concluded by highlighting that he/she is not involved with the “terrorist organization” behind the activities and will not take responsibility for any explosive occurrences in other buildings.

The emails which were received by residents of Canada, US, and New Zealand was later revealed by local authorities to be a scam. Following feedbacks from school authorities shared by one Reddit user whose campus was affected by the incident, local authorities across the affected countries have tweeted that the threats are not credible but also urged recipients to be vigilant and report or place a call upon seeing any suspicious movements.