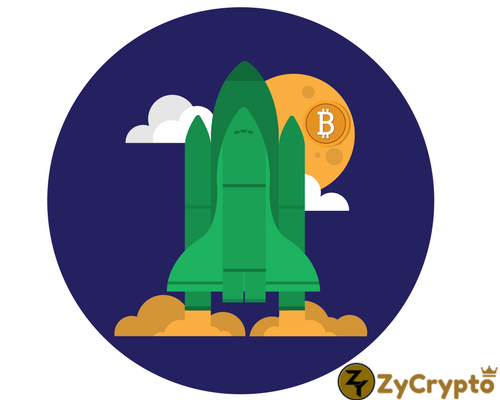 In an interview with the Express.co.uk news website, Ryan Derks, owner of Ryan’s Hodl Fund, assured that Bitcoin could go through an accelerated growth, reaching record prices of 100,000 dollars if the population in general decides to adopt this means of payment instead of traditional systems.
FIAT Currencies -as well as cryptocurrencies in general-, back their value in the trust provided by their users. For this reason, the global adoption of one or another will depend on who wins the trust and acceptance of the majority.
This opinion is also shared by members of the Federal Reserve Bank of New York’s Research and Statistics Group. But being a very new market, cryptocurrencies still have a long way to go in order to earn that level of global acceptance:

I only imagine it’s going to continue pushing up because there’s a limited supply again (…) So if people continue to lose faith in their nation’s currency, like for example the US dollar, I do not have much much faith at all (… ) I would have much rather have my money in a currency that I know cannot be manipulated and forged. “
Of course, the higher the number of users, the higher the bitcoin prices as currency due to its limited availability and the impossibility of being inflationary (issuing infinite amounts which could generate excess liquidity that results in a decrease in its value).
However, Mr. Derks was cautious about the time he thinks his prediction could be made:

When that will happen, I can not tell you, but if you just assume that 10 percent of the world’s population or 15 percent of the world’s population decides to give up their government’s currency and use cryptocurrency then yes, that’s not far-fetched at all. “
Such bullish predictions are encouraging for a community that has seen a significant price correction with a drop of almost 50% in a month.
Mr Derk said that third world countries could play a key role in the worldwide adoption of cryptocurrencies, helping to increase the price of bitcoin. It is very likely that its use as a means of storing value will be more attractive to these nations than in industrialized countries where the risks of falls represent greater losses.
The quoted investor makes his predictions based on the basic laws of supply and demand., which establish that when there is an increase in demand, with a limited supply, equilibrium prices tend to rise.
According to his LinkedIn bio after 8 years as an investment advisor and nearly 5 years of cryptocurrency investing Mr. Derks created Ryan’s Hodl Fund. The goal of Ryan’s Hodl Fund is to remove all the challenges of owning cryptocurrencies for individuals. Ryan’s Hodl Fund is one of only a few public cryptocurrency asset management firms.