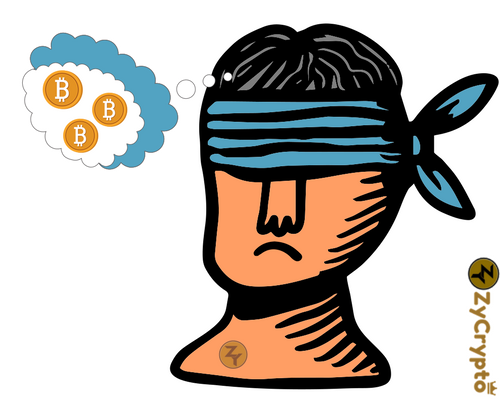 According to Cryptoren Alexandre Geraldo dos Anjos, a 34-year old Evangelist at Assembly of God Mission in Sao Jose dos Campos, Brazil, has caught the bitcoin fever’. The man of God decided to hearken unto the voice of Satan by organizing his kidnap for bitcoin on Monday, February 26, 2018.
Dos Anjos vanished last Monday after eating launch with a fellow pastor in the Vista Verde area, in the eastern part of Brazil. One of his friends contacted his family and informed them that the cleric had been kidnapped and that the criminals were asking for 3 bitcoin.  The family of the pastor refused to send the cryptocurrency and they called the police instead.

After waiting for several days for his family to send the bitcoin without any success, Dos Anjos had no choice but to come out of hiding. According to reports, the pastor appeared after four days and went to the Igarata police station to tell the story of his kidnap.

While at the police station, Dos Anjos said he had escaped from kidnappers’. However, the investigators were unconvinced by his story so they turned him over to the Sao Jose General Investigations Office for further questioning.
Just then, the pastor yielded to the pressure from investigators and he confessed to organizing his abduction.
General Investigations Office deputy, Neimar Camargo noted that:

“We received a complaint yesterday stating that the pastor had had lunch at a restaurant in Jacarei. We went there to investigate, we took the video surveillance footage and saw that he appeared calm. When he began to tell the story of the kidnapping, it became obvious he was lying.”

The pastor told investigators he committed the crime because he had some massive debt to pay. Shortly after his disappearance, Dos Anjos bought a new Sim Card and sent an SMS to his friend, notifying him of the kidnap and ransom amount.
Dos Anjos’s friend, thought it was a real case so he quickly informed the pastor’s family of the situation. The police have confirmed that the friend was unaware of the plot.
Although the pastor has been released under judicial control, for now, he will face criminal charges and may go to jail soon.
Dos Anjos is a disgrace to the entire Christendom and must be severely punished for his actions.