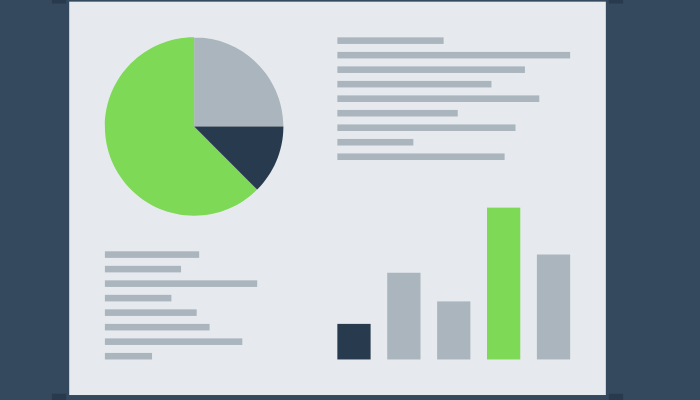 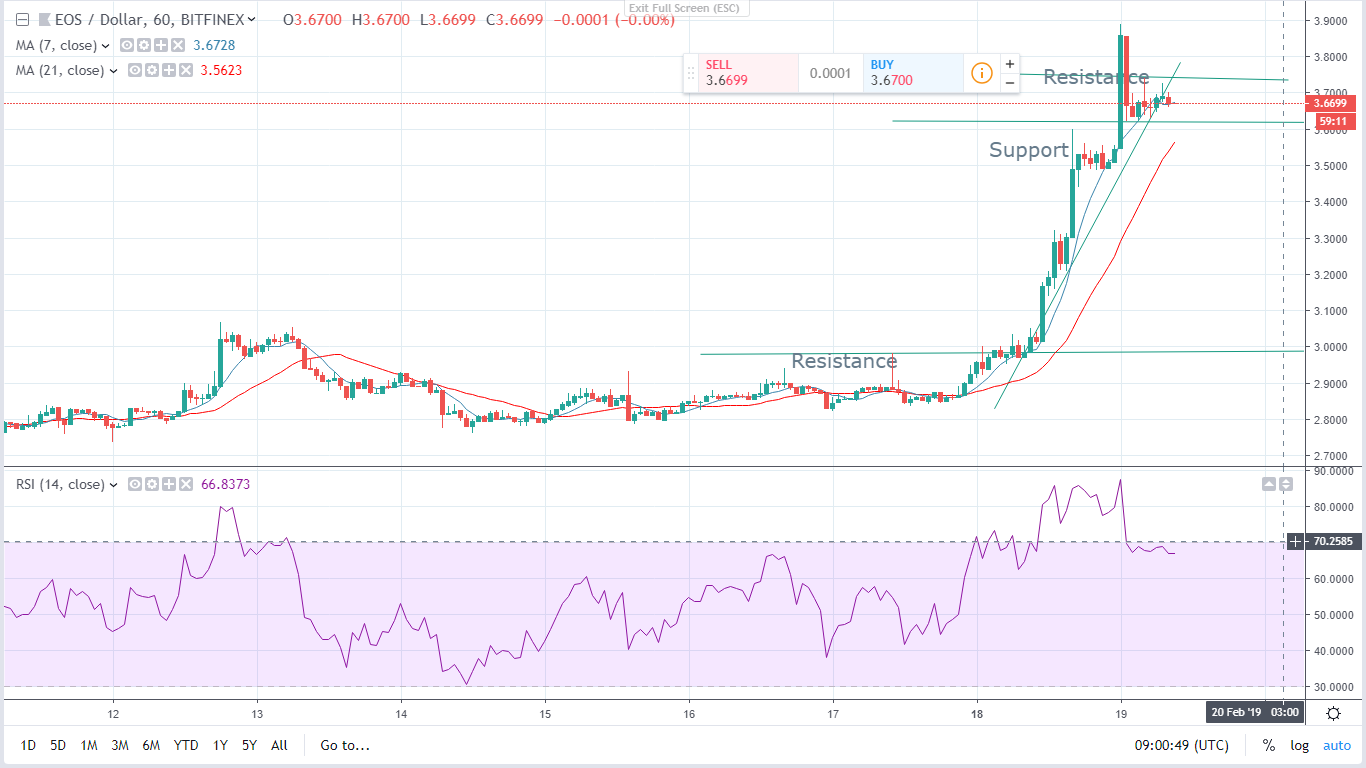 The price of EOS  has rallied in the last 24 hours gaining over 34% to reach a new high of 3.8880. This came against the backdrop of an announcement by the CEO of Blockone-EOS developers.

Blockone CEO posted a message on telegram seemingly asking the community to be patient as great products are being developed on the EOS Blockchain. The markets responded positively to this news and the last 24 hours have seen the price break resistance levels at 2.9804 to achieve a new high.

The currency has been trading sideways from a couple of days and this breakout signals the beginning of new support levels. The RSI was hovering over 80 signaling an overbought market before tracing its way to its current level of 68.

There is still a wide margin between the 7 day MA and the 21 day MA seemingly portraying that the bulls may still have their way moving forward. However, a look at the candlestick pattern formations on hourly charts seems to show a bearing engulfing patterns that may signify that the strength of the bullish run may be waning.

We expect the price to consolidate moving forward. This scenario would be ideal for an intra-range trading strategy with resistance at 3.7426 and support at 3.6158. Traders can go long once the price bounces back from support or go short once it pulls back from resistance. 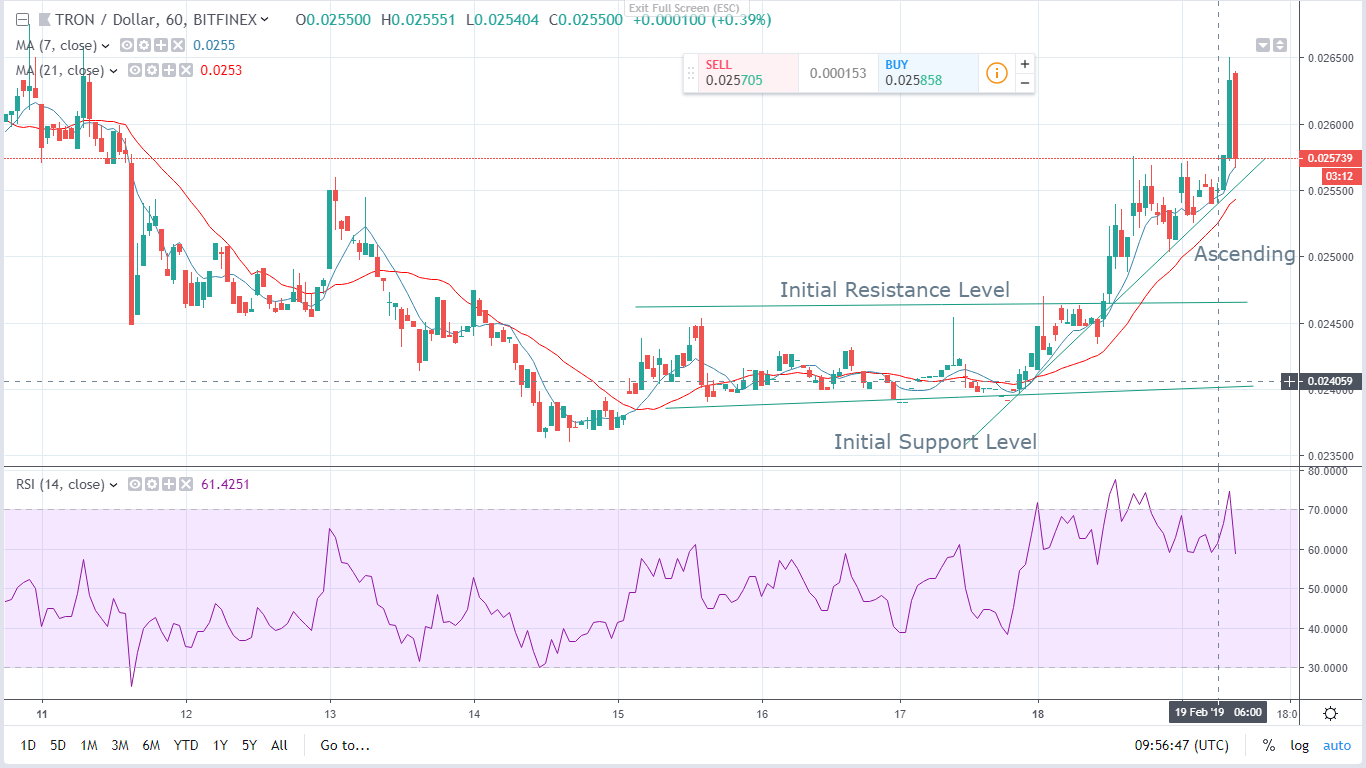 The last 24 hours has seen the price of TRX rally north as critical resistance levels were breached to achieve new highs. This currency has been ranging for the last few days with initial support levels at 0.023881 and resistance at 0.0245723.

This resistance was broken as the Bulls rallied to achieve a new high of 0.026394 as at going to press. This represents an upsurge of close to 10%. The upward rally started at the beginning of 18th Feb when the 7 day MA went over the 21 day MA seemingly signaling that a bullish push was information. An ascending trend line further provided support for the northward rally. 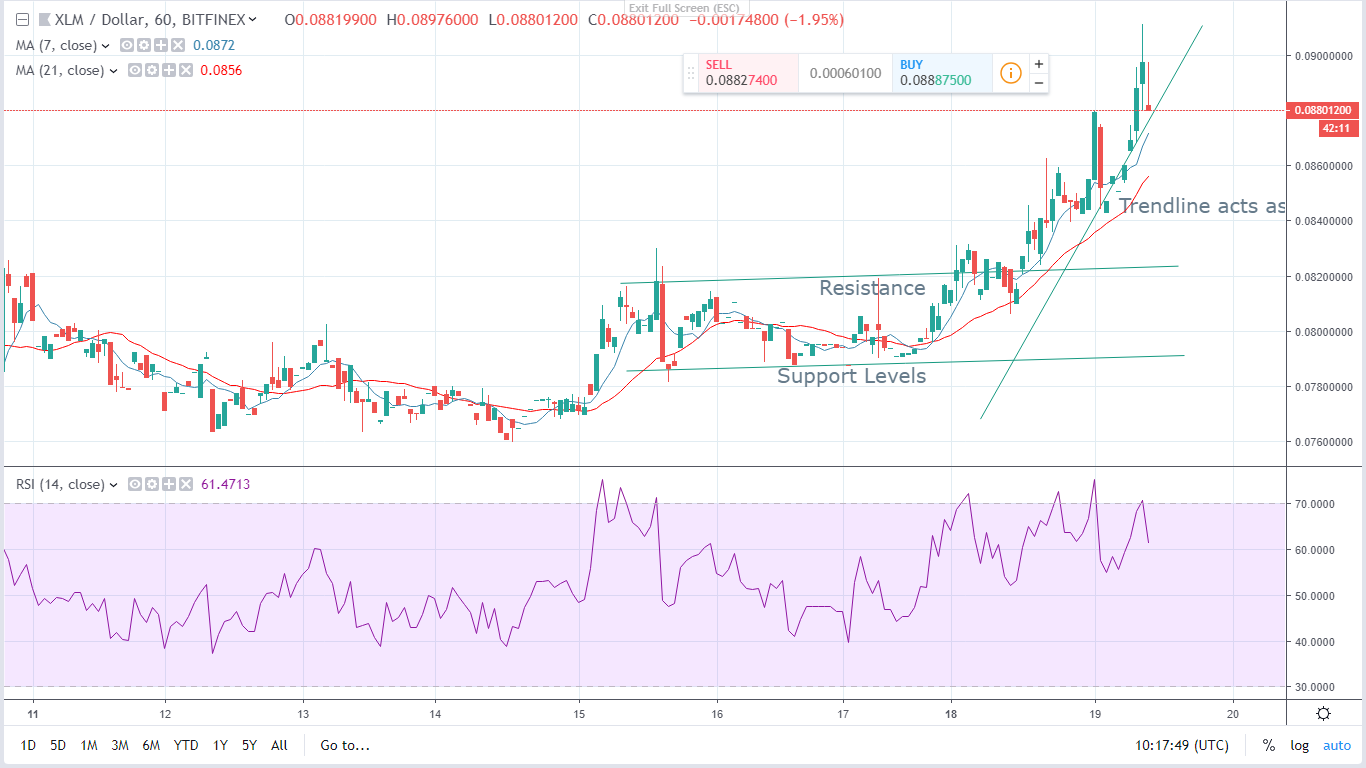 This range was breached on the upwards and the resistance levels briefly acted as the new support levels before the bulls rallied further. Currently, an ascending trend line seems to be providing solid support for the bulls. There is a considerable margin between the 7 day MA and the 21 day MA as the bulls are pushing the price further up.

In the short term, we foresee a continuation of the rally as new highs are achieved. The ascending trend line should provide critical support levels for the bullish run. Traders can go long once the price bounces back from the support levels provided by the trend line.