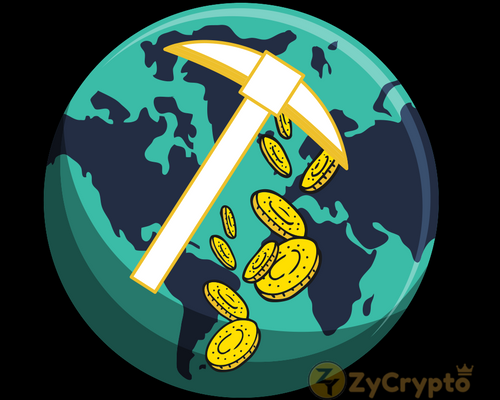 In the most unexpected of adventures lies new hope for Bitcoin enthusiasts, after Miner One, a crowd-funded cryptocurrency mining company, sent a high altitude balloon with specially-assembled equipment to go mine bitcoin at the edge of space.
Even though Miner One is currently in the middle of its ICO, they are simply ‘bullish’ about bitcoin and are aiming to raise its market value following a dip fall from last year’s $20,000 to $6,000-9,000 in 2018.
In the exact words of Miner One’s CEO:

“We are bullish on bitcoin because it remains the world’s most popular and proven application of blockchain technology. And we see growing interest and adoption, despite recent market doldrums.”
“Space Miner One (SMO), a name for the new invention, reached a remarkable 35,000 meters (100,000+ ft) of altitude in the stratosphere, and is believed by members of the Miner One community to be a symbol that the price of bitcoin will reach 35,000 and more in 2018.”

A close insight into the technology offered by the group revealed that the large latex balloon is filled with helium and has a connected parachute. It carries ASIC mining equipment made up of two ASIC Block Erupters.
These are connected to “a Raspberry Pi 3 microcomputer, a battery and a satellite phone, all located inside the SMO carbon fiber capsule, along with a metal souvenir ‘bitcoin’ for a lucky winner of Miner One Sweepstakes.”

“There is a navigation and tracking equipment with an independent power supply, thermal insulation and a temperature regulator that protects it from extreme temperatures.”

The trip to the stratosphere which according to the adventurous group lasted for approximately 2 hours and 30 minutes following a simple launch process.

“Space Miner One passes through the troposphere; ASIC is activated and connected by a satellite transmitter to the Internet. When Space Miner One enters the stratosphere, the pressure of the falling air causes the balloon to expand from 2.2 to 10+ m in diameter, large enough to be seen from the ground.”

To get back to earth:

“The Balloon was detonated, the parachute was deployed, and Space Miner One began its journey back to Earth.”

While ‘Space Miner One’ has become the first cryptocurrency mining equipment to hit the earth’s space, other mining companies are likely to join this new trend following the reduction in price for commercial satellite launch to space.
Space Crypto mining takes advantage of the abundant solar energy and freezing temperatures to generate the needed power for the computation process involved in mining cryptocurrencies.
Is the predicted Bitcoin resurgence already underway?