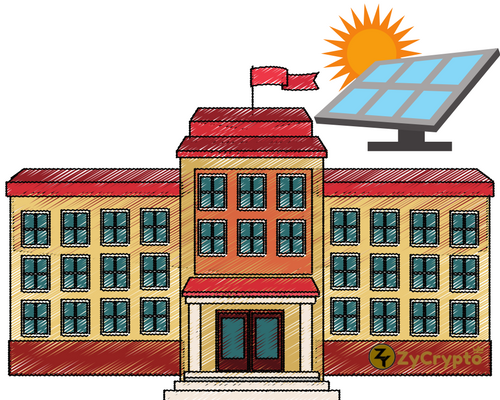 The United Nations Development Programme (UNDP) has reportedly signed a contract to collaborate with a Blockchain Start-up Sun Exchange to provide solar power for one of the Moldovan Universities.
To cover the costs and lack of experience with solar energy in Moldova, the Technical University of Moldova will receive solar cells from the Blockchain Start-up whose platform currently allows micro-leasing of solar cells to schools, hospitals, and other buildings with large roof surface.
For this project, the targeted 1mwP solar cells for the university will be purchased in small quantities by people all around the world who form a part of the Sun Exchange community.
These investors, who are allowed to choose the number of solar power cells they want to buy, will, in turn, receive rental income exclusively in cryptocurrencies such as Bitcoin, Solar coin, and another coin owned by the blockchain start-up.
The repayment scheme for individuals who pay the cost for the building and installation of the solar panels by purchasing units of solar cells priced at $10 apiece will spread over the period of 20 years.
In an interview with CoinDesk, Ade Cambridge, Chief Executive Officer for the Sun Exchange revealed what the future could hold for the new project.
According to him:

‘’Our goal is to tokenize the solar cell so that they can be traded on exchanges. That’s going to be a non-fungible token and for the moment we can’t see that working under the current state of blockchain development (but) we want the solar cells to be accessed and referenced by digital transfers.’’

Having revealed that the ‘decision to collaborate with Sun Exchange is based on their understanding of the replicability of their model, UNDP project manager, Dumitru Vasilescu, spoke favorably concerning the chances of looking to execute similar projects across less-developed nations under the watch of the UNDP.
Speaking further, Vasilescu revealed that preparations are in progress for the launch of the solar power in June 2018 with consideration given to potential companies to be involved in the project.
Thanks to blockchain and cryptocurrencies, finally, Moldova residents can enjoy cheap and reliable solar power supply generated from just a fraction of the 2,400 annual hours of soft and warm sunlight.