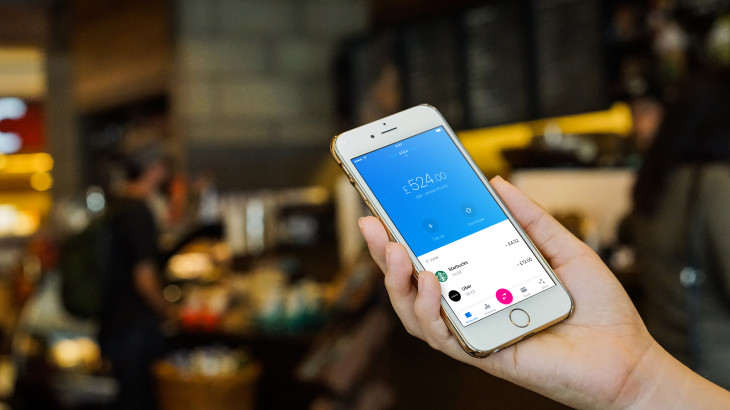 According to a Reuters report, the British fintech company Revolut is planning to apply for a banking license in the United States.  Revolut CEO, Nikolay Storonsky told reporters that the company plans to expand its 2 million strong user base all over Europe and the United  States on Monday at an Amsterdam fintech conference.
Revolut is an app-only bank that is taking on the traditional system with a user friendly theme.  and the mission to make transactions easier and cheaper for individuals and small businesses. The company is already worth close to 2 billion dollars and has many projects and features for its app in the pipelines.
According to Nikolay Storonsky the app will soon offer a robo-advice product, in addition to commission-free stock trading. Ultimately, they aim to provide their users with seamless transactions in a multitude of different means.
A prepaid debit card powered by MasterCard or Visa allows users to spend and make transactions between 25 fiat currencies and a number of cryptocurrencies. Users can also make transactions without a debit card directly through the app.
Recently, Revolut added more ways to pay and made the app more crypto-accessible.

“Last year, we promised to add new Cryptocurrencies to the Revolut app, so say hello to XRP and BCH. We have always believed that the world of Cryptocurrencies should be open and available to everyone, and not reserved for the tech-savvy and digital currency enthusiasts.”

Ripple built XRP as a “bridge currency.”  The goal of the Ripple platform is to make transactions faster, cheaper and smoother; so, a partnership with the Revolut app, which aims to do the same, seems like a match made in heaven.
Revolut describes their app as “a product that would allow millions of our customers to instantly buy, hold and sell Cryptocurrencies at the touch of a button. No exchanges. No private keys. No cold storage. Just instant exposure at your fingertips.”
Expanding its global reach while simultaneously improving its product surely brings Revolut to the forefront of app-only banking.  These steps could also vault the company to the top of the financial world and help usher cryptocurrencies to the masses.
However, the road to provide the cheapest, fastest, and easiest transactions between different currencies and assets to millions of users around the world could be bumpy.  If the team at Revolut is forced to deal with issues such as the one they faced recently with Visa’s system crashing, it may deter crypto-minded users looking to escape from the traditional sector from participating.