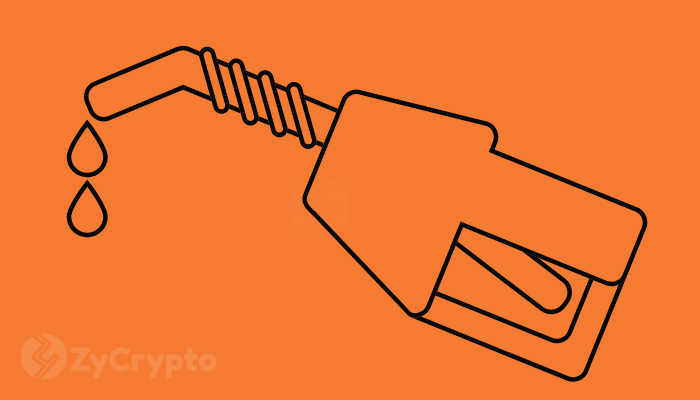 Pierre Rochard, Bitcoin Advisory founder has called out US-based cryptocurrency exchange giant Coinbase, after receiving what he interpreted to be an “Ethereum pump email”.

Richard shared a screenshot of the email, whilst shedding light on the fact that the email did not contain any disclaimers or disclosure, but rather depicts the Ethereum in a positive light only.

Noting that the cryptocurrency industry could use a “big cleanup”, Rochard said ;

“This ETH pump email from Coinbase contains only positive spin about Ethereum. Zero warnings, disclaimers, or disclosures. Only links are to price! This is not a responsible way of dunning retail speculators. Crypto industry needs a big cleanup.”

Meanwhile, the email, whose contents highlighted the features and benefits of Ethereum was perceived by other crypto-users as nothing more than a market strategy for Coinbase, used to promote a product (Ethereum) which is already listed on the exchange’s platform.

One user can be quoted saying ;

Rochard is also of the notion that Coinbase has no interest in grooming its users to decipher and fully comprehend the idea of “dapps”, but instead, the exchange is focused on “pressure-selling ETH on to retail bag holders”. 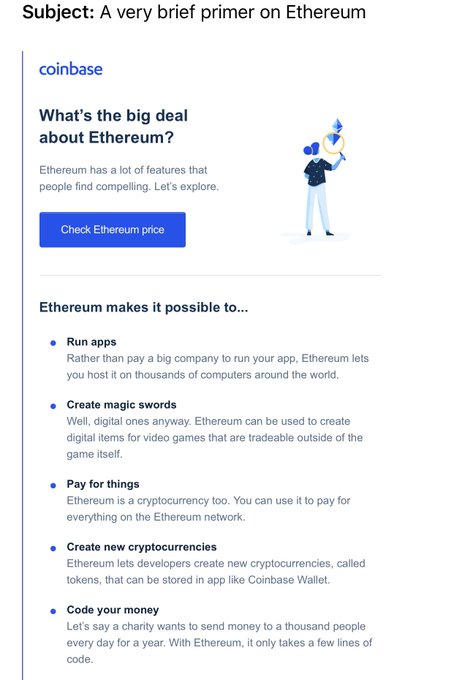 Making reference to the fact that Coinbase’s CEO, Brian Armstrong, reportedly owns more Ethereum than Bitcoin, Rochard explained that Armstrong’s assets are not corporately owned but are personal belongings of the CEO.

Quoting one of the Email’s highlight, Rochard concluded that scalability is less achievable when using the Ethereum for hosting of applications, as opposed to what the email endorses.

“Rather than pay a big company to run your app, Ethereum lets you host it on thousands of computers around the world.” 1. You can pay multiple big companies to have a multicloud deployment strategy 2. It is more expensive and less scalable to use Ethereum to host your app” – Pierre Rochard.