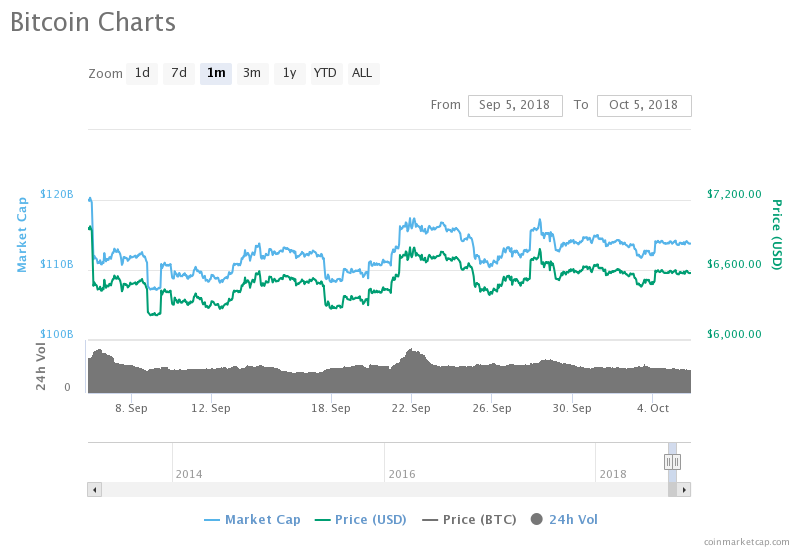 Bitcoin has in the past couple of days being trading in a close range, with a recent low of $6,211 and a high of $6,768. This is in accordance with Vitalik Buterin thoughts when he said the days of 1000x gains are over.
Also, a report by Coindesk on the 1st of October reveals that Bitcoin had the lowest volatility in September; its lowest in the past 15 months.
Several analysts of recent said that bitcoin might have hit its bottom. Whatever the case may be, recent activities have got people questioning if bitcoin can now be considered a stablecoin.

Tether, being the first stablecoin paved the way for others in its category. Tether is said to be a controversial cryptocurrency token which its developers say it’s backed by the US Dollars. In other words, each Tether token equals a dollar.
Irrespective of demand and supply, stablecoins maintain their values, making them suitable for commerce.
Some popular stablecoins include USDX, Havven, USDT, Dai, Basecoin among. But one challenge, stablecoins are to a large extent centralized. Nevertheless, tokens such as USDX claim to be a decentralized stablecoin.
There’s also reports in the past that suggests that stablecoins were used to manipulate market prices.

Despite low trading activities surrounding the cryptocurrency, it shouldn’t be classified as a stablecoin but its usual high volatility rate has dropped significantly. And as earlier reported, there has been a little bit of maturity among investors as they are not easily swayed by events surrounding the market like it used to be.