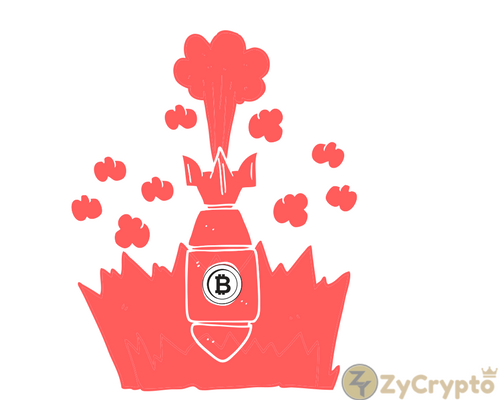 Bitcoin has been a currency with a value going from supporting the purchase of 2 pizzas per 10000 units to costing $19,000 for December 2017, but since then, during the months of January and February, its value has declined to be quoted at $5850 in Exchanges as Kraken.com
When observing this, many words come to our mind, fed by constant opinions on social networks and media: “bubble burst”, “Bitcoin crash”, “panic”, “Big losses”, etc.
These opinions are present at a time when Wall Street began to get their hands on the Bitcoin ecosystem, pointing to its decline, and in which the great figures of international banking and large governments, seeing their power diminished, started to make great efforts to maintain their hegemony, controlling bitcoin trading to benefit from it while promoting the use of FIAT Money instead of cryptocurrencies.
But … What supports Bitcoin? If we only say that it is based on trust, and distrust is what has caused its fall, it is precisely trust that sustains the value of current money since the United States decided to step away from the Bretton Woods Agreements, basing its money on a imposed “trust” and not in gold as a means of accepted value. (Of course, although there are other opinions, this is a very general vision).
So … Why HODL? Here are some reasons:
1.- Bitcoin Productions Costs:
Bitcoin is the most solid currency in the blockchain ecosystem, but it also has costs associated with its mining, all of which are very high, and on average they are higher than those $2,000 that many “foreseers” talk about.
We can observe the production costs according to the countries radicating the most important mining pools: In China (Antpool, F2Pool, BTCC, BW), the production of one Bitcoin costs around $3172 of electric power, in Hong Kong it costs $7000, in Georgia ( BitFury) costs $3316, Sweeden (KnCMiner) $4716 and United States (21inc) $4758.
What does this mean?
Bitcoin supports its price in the limited supply and in the need to use cryptocurrencies due to the lack of trust in the traditional system and adtional benefits it provides. This need will be maintained over time, but if Bitcoin continues to fall, there will come a point where it will not be profitable for large pools to mine it (it is already touching those levels).
At that time they will simply go to mine another currency. But the generation of Bitcoin is the reward that the miners receive for validating the transactions made in the Bitcoin network. Thus there cannot be “Bitcoin” if there is no mining. The very fact of worldwide adoption and the current difficulty of mining mean that Bitcoin must necessarily raise its price.
At this moment there is simply an exchange of the Bitcoins happening from the weak hands who want to buy a natural trend change (read Wall Street, Financial Personalities, etc.)
This graphs shows us what happens when there is a shortage on the offer (less bitcoins mined). M is “Quantity” and i is “Price” (Ms/P is the “offer”: The bigger the prices, the more miners will be. Md is the “demand”: The bigger the prices, the less buyers will want to buy). If the demand is the same, The normal price of “i0” goes up to “i1”
2.- Economic Indicators.
This is study material and great publications, books, and courses have been made on this subject. It is difficult to explain in a few lines what each one represents. But very briefly, we allow ourselves to establish a common rule: Economic indicators work because they allow us to read how the market behaves, and almost all (not to say “all”) large investors, follow these indicators and act accordingly. Also “everyone else” follows these trends. Doing the opposite is to bet on a stroke of luck.
If we follow these indicators, we will see that the behavior of December, which led to Bitcoin to $19,000 involved an over-sale of Bitcoin, which at any time would make those people who bought seek to sell their Bitcoins to convert them to FIAT.
A correction was something to be expected, especially since many people entered the market buying Bitcoins without investigating
Another indicator that many investors pay attention to is the Fibonacci`s Retracements. These indicators tell us globally accepted lines in which there are natural resistances and supports. Investors see these lines and place their positions waiting for changes in trend. The current price around $4000-6000 is very close to one of those lines, which implies that the price will resist lowering its value, which could start a bullish trend.
There are many other reasons why you do not have to worry, being faith and trust in the potential of the Bitcoin a philosophical reason. But if you think that Bitcoin is dead, just ask yourself:
Why would people like JP Morgan want to ban a dead currency?
Why would governments such as China, South Korea and countries of the European Union want to regulate and benefit from a dead currency?
Why would the “Wolves of Wall Street” invest in a dead currency?
Of course bitcoin could crash, it could go to zero! but so could be said about gold, diamonds, oil, the Nasdaq, etc… It is actually extremely unlikely to see such scenarios. The normal trend for bitcoin still looks bully even after this correction
Do not be scared if Bitcoin goes down in price. There are no reasons to do so. Perhaps the only person with real motives for Panicking is John McAfee, who betted on eating his own p*nis if the Bitcoin did not reach $100,000.
And we don’t want a di*kless McAfee.
Get Daily Instant News On Telegram