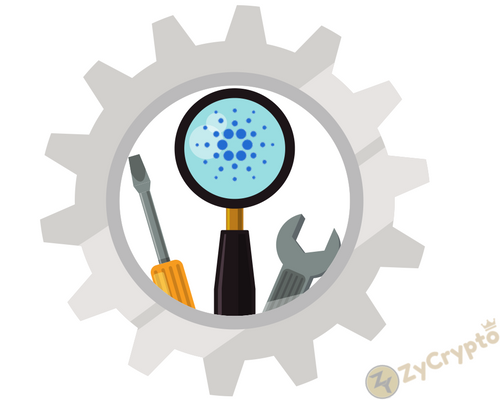 Is Cardano(ADA/BTC)about to soar again? 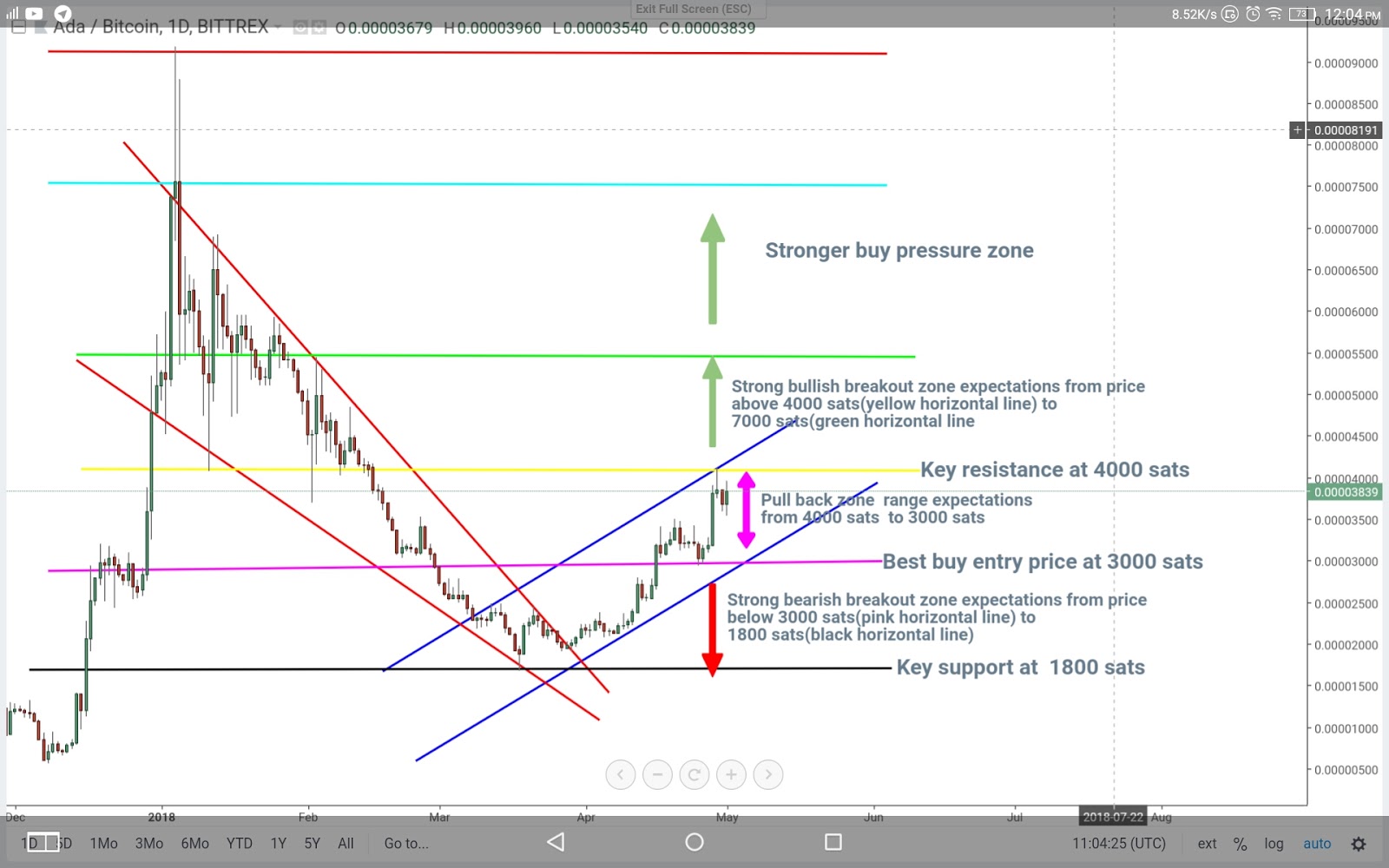 Cardano which is currently the sixth coin in terms of market capitalization has been quite stable on a recovery since the last strong bear market.
ADA/BTC has been on a strong downtrend since the last All Time High((ATH) price at 9000 sats. It found a key support at 1800 sats towards the end March 2018. From 1800 sats low, it has been making higher highs to regain its loss.
Looking at our analysis above, the month of April was quite a bullish month for ADA.      ADA/BTC has risen from 1800 sats to 4000 sats. At 4000 sats, ADA seems to have found a very strong resistance as there has been a couple of rejections of price at that level.
So long as ADA finds it difficult to break above  4000 sats, a minor pull back to 3000 sats could be very possible if profit taking gets intensified  by the bulls. I am expecting ADA to really have a correction to 3000 sats for the next bull run to commence.
The key levels to watch out for now for the next buy is 3000 sats. If on the contrary the selling pressure increases and the pink horizontal line is broken, ADA could make a lower low to find a major support at 1800 sats
I am quite bullish biased on ADA as I see it breaking above 4000 sats soon once the minor correction has happened to 3000 sats. Strong bullish breakout is expected on ADA once price breaks out above our yellow horizontal line. The bull run could travel as far as to 7500 sats.