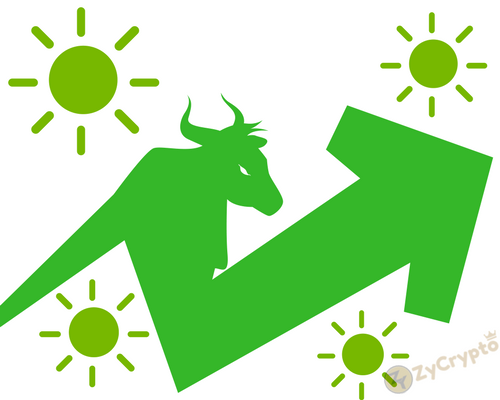 The Cryptocurrency ecosystem sure has reasons to jubilate this past week as Crypto traders have been excited due to the price and value increment the industry is experiencing.
Bitcoin and other digital monies have increased in value from $324 billion to over $395 billion, while Bitcoin now stands at a price of $8,926 in comparison to the former price of just above $6K in February.
Before now the price of Bitcoin and other Cryptocurrencies in South Korea was almost hitting rock bottom.

The recent hurdles and blockages created by the ban in South Korea had led to a short supply of the digital monies such as Bitcoin, Ethereum, and Ripple which had made the coins almost worthless in the South Korean cryptospace.
Due to the embargo, digital monies have been on the downside in South Korea compared to other countries like U.S, Hong -Kong and Japan.
Crypto dealers in South Korea looked up to miners from Japan and China to supply cryptocurrencies, but the ban made it a herculean task on the part of foreign traders.
These difficulties made the price of digital currencies to drop terribly as a result of the low supply, but it however, increased the premium on cryptocurrencies all through 2017 and 2018.
As these events unfolded, analysts discovered that there could be an emerging Bear market as the price of Cryptocurrency continued to drop drastically in the market. At this point investors had lost interest and decided to pack it aside even though the prices were really low.
In December 2017, things began to take a new turn for digital monies in South Korea as investors were infected with FOMO (fear of missing out) and were more than willing to ball by investing 30-40 percent premiums.
This single action made the price of Bitcoin to hit $25,000 in South Korea when the price of Bitcoin rose to $20,000 globally.
The resurfacing of premium rates in South Korea has boosted the confidence and morale of investors to quickly recoup their interest in a short period as the demand for digital currencies have shot up in the local market.

Investor confidence in the altcoins is steadily on the increase. Tokens like Zilliqa, Storm, WanChain, and Ox have had a considerable growth recently.
There has been a 20 percent increase in these coins against Bitcoin which will equate 30 percent increase against the U.S dollar putting the strong performance of Bitcoin into consideration.
Notwithstanding, Bitcoin has made considerable growth by more than 10% increase in price since April 16.
The value of the altcoins is still on the rise. And it will continue to shoot up if harsh policies are not used to stifle the world of ICO and if the SEC acknowledges the proposal of capital firms like Andreessen Horowitz.